At 18 months of age Caroline received her MMR and DPT vaccines, which destroyed her life. She suffered severe brain damage. This is her story, told by daughter-in-law Melissa Alsop. Shortly after the vaccination Caroline screamed uncontrollably, had convulsions, had a fever, and was told by the doctor to simply give the child Tylenol (which creates even more problems because that stops the detox process). Autism occurred shortly after the vaccination. Caroline was a healthy, vibrant child before the MMR and DPT vaccination, and now she is permanently brain damaged because of the vaccines. Melissa will not vaccinate. We must shut down all vaccine mandates and mandatory vaccination bills and laws threatening to destroy a nation of children.

When Caroline had her 18-month well baby visit she had her shots that day that were MMR and DPT. She had a reaction that afternoon at home that was severe. She spiked a very high fever. She had convulsions. She screamed uncontrollably. She could not be consoled. My mother-in-law recognized the convulsions her and did what she thought she need to do and took her to the doctor again, but was told that she just needed to take her home and give her Tylenol so that her fever would go away, and she would be better the next day. It was not a problem.

My sister-in-law’s reaction lasted about 18 hours. It was severe. When she woke up, she was a different child according to my mother-in-law. My mother-in-law Bonnie is a nurse and has worked in ICU, in oncology, and has seen reactions like this from medication in other patients. She knows what happened to her daughter. It was very clear that there was brain damage involved. As she grew older and finally did learn how to walk, and yet language still was elusive to her. Her words now are few and far between. It was clear that there was autism connected with that as well. She’s severely brain damaged and she has autistic tendencies as well, which anyone who has an autistic child knows the challenges that are involved with that are deep and far reaching for any family.

Caroline is a sweet, loving girl who within never be able to care for herself. Her parents have constantly had to make sure that she was cared for at school and protected. She’s been abused by her peers because she cannot speak. She is lucky in that she is able to tell us when she’s hungry. She can tell us if she has to go to the bathroom. But those things didn’t come easily. It’s taken years and years of work on my in-laws’ part to make that happen. They founded a school to help children like Caroline so that she would get the kind of education she needed in order to survive in this world.

Fast forward to meeting my husband and getting married and having a child. My mother-in-law and I became close. When I was pregnant with our first child, she counseled me very firmly about what happened to Caroline, and was very concerned about a possible genetic connection for our children, and to make sure that we discussed with our doctor the safety and efficacy of vaccines. That’s when I started doing my research. That’s when I started to realize that it’s not one in a million kids that have a reaction to vaccines. It’s a lot more than that. I can name 14 or 15 kids today that I know that have had vaccine reactions from mild fevers, maybe not feeling well for a week or so, to very severe like my sister-in-law, that are lifelong challenges for their parents, that create anxiety in their parents on a daily basis of how am I going to care for this child when I’m gone. What is going to happen to Caroline when we’re not here? Who’s going to love her more than we do? There’s no one that’s going to love her more than we do. 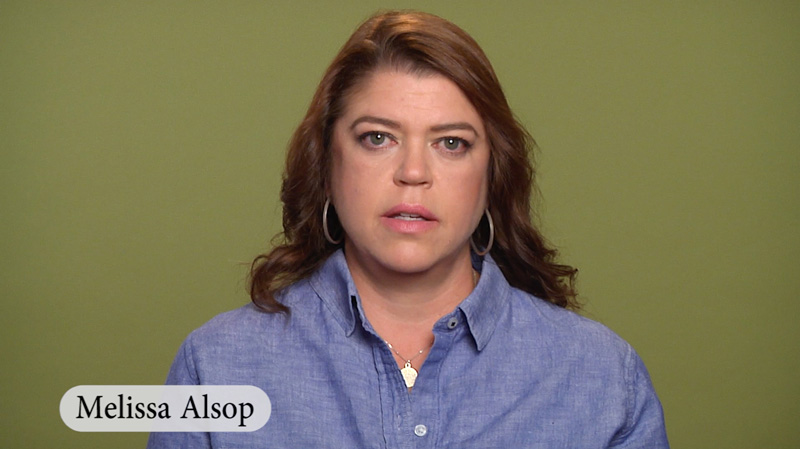