We Are Fighting For Medical Freedom – Join Us!

Hi. I’m Larry Cook – an advocate for natural living – and I launched Stop Mandatory Vaccination as a way to reach more people about the vaccine anti-exemption bills being introduced across America and why we need to stop these atrocious bills before they become law. I used the GoFundMe platform to raise the funds necessary to launch the project and I have since enlisted the help of many people to accomplish the goals of the project. The concept of the project is to use both video and written interviews of parents and others so as to make an emotional connection with people about why mandatory vaccination is wrong, give more specific education on the website about the topic – including the dangers of vaccination – and then direct people to take action by participating in other groups that have direct action plans set up to defeat the bills. The idea is to put a face – many, many faces – to the cause, and to thereby generate more support to stop mandatory vaccination. The goal is to bring tens of thousands of people, if not hundreds of thousands of people, into the fight against a medical tyranny called mandatory vaccination. 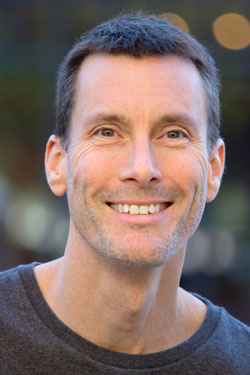 For twenty-five years I’ve been devoted to the natural living and natural health lifestyle and it all began when I went vegetarian in 1990. After I changed my diet I noticed an improvement in my health, an increase in energy, substantial weight loss and discovered that I found a lifestyle that I thoroughly enjoyed. Over the next ten years I would learn all about GMO food, health food stores, supplements, detoxification, holistic dentistry, natural medicine, herbs, Acupuncture, the dangers of water fluoridation, organic food, and a whole lot more, which then led me to launch a magazine in 2000 in Montana. After one year I sold that magazine, moved to Seattle and launched another natural health magazine. I sold that one after a year, moved to California for the third time and published my first book in 2005, The Beginner’s Guide to Natural Living.

I also co-authored an ADD/ADHD book and it was during research for this book that I started to dive deeper into the toxicity of vaccines and what a huge role vaccines play in Autism and neurological problems, among other health problems. I also launched a YouTube Channel featuring natural health content that I produce on a wide range of topics, including vaccines, Autism, natural medicine, and many other health related topics. For this website my goal is to reach as many people as possible and help them understand why they must stand up and fight against the medical tyranny being proposed across America and ultimately stop all mandatory vaccination.

My name is Landee Martin, I have a Bachelor of Science in Psychology from Ottawa University, with a focus on research methods. I did social work for about 9 years, then instead of going to law school, took a fresh turn and started my own business. I owned and operated that for about 10 years, and sold it in January 2011. I have since been staying home with my three beautiful children and recently launched my website www.healthyandyoung.info. I’ve been happily married for 20 years.

I am involved with stopmandatoryvaccination.com because I believe we are in a true health crisis in this country, and the forceful administration of vaccines – without full informed consent – has played a huge role in that crisis. I once blindly trusted the system and vaccinated my first two children. The results were chronic ear infections, repeated illnesses which required numerous antibiotics and severe asthma for one of my boys, who wheezed after his 2 months shots. When I asked his doctor if the vaccines could make him wheeze, she said no. I trusted her as my pediatrician – I had no reason not to. What followed was a childhood full of hospitalizations, ICU, and chronic upper respiratory problems. After making the connection between my son’s asthma and the vaccines, I stopped vaccinating my children and their health almost immediately improved. They have not received a shot or an antibiotic since early childhood and both are thriving and healthy. 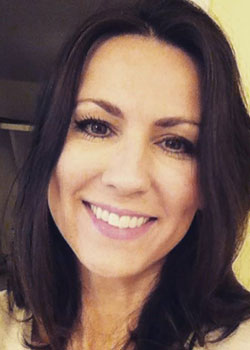 hird child was completely unvaccinated, for good reason. When he was five, he had a horrible accident on his scooter, impaling his cheek with the handlebar. The ER professionals were relentless and pressured me into getting the Dtap shot because of tetanus. My gut kept telling me no, but I had several medical professionals assuring me he needed the shot. When I asked if he could get just a tetanus shot, I was told no. At the time, I had not researched this particular illness, and was worried about my son, so I caved. Within 7 days, he had a large red (extremely hot) bump on his arm at the injection site and could barely raise his arm. I called his pediatrician and the nurse informed me he was having a localized reaction to the vaccine and to put ice on it and watch him.

Within 12 hours, his entire body was covered in hives and he said he couldn’t breathe. By the time we got to the ER his throat was closing. He received a shot of steroids, and was placed on oral steroids and Benadryl (both oral and topical) for 10 days. He continued to break out in hives for a full two weeks or more. He also had several more outbreaks that year. While this was going on, he looked at me one day with his big hazel eyes and said “mommy please don’t ever let me get another vaccine.” I promised him I would protect him and never let him get hurt again if I could help it, and I meant it.

I started researching heavily about the risks of vaccines after that incident, and have since learned a wealth of information. I harbored guilt for not educating myself before these things happened. I felt I had somehow failed my children by not protecting them from what I now understand to be vaccine damage. Out of this guilt, grew a true desire to learn about vaccines and to share what I’d learned in order that I could educate parents and give them the information I so desperately wish someone had shared with me. The desire grew bigger than myself and bigger than my guilt, and became this very loud voice inside me that would not shut up. I know my experiences planted me right where I am for a reason. That is why I am helping Larry with this project. 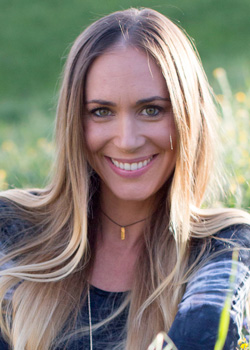 My name is Brittney Kara, I am a mother who believes there is nothing more important then to protect our children against the strong hold of the pharmaceutical companies, which is why I have aligned myself with this cause.  I am a published Author, Speaker, Entrepreneur, and Activist. I have a degree from UCLA in Political Science with an emphasis in International Law. I have studied holistic living, organic nutrition and detoxification for the last 17 years, as well as gained certifications in the fields of NLP, Hypnotherapy, and EFT. After more then 8 years of research and study of the pharmaceutical industry, I strongly believe that our current vaccine industry is dangerous for children and our society in general. www.brittneykara.com