The Myth: We can and should trust governmental agencies that mandate vaccines as a matter of public health.

The Truth: There are many conflicts of interest, including financial or career incentives, in the governmental agencies (CDC, FDA, HHS) responsible for public health and safety that give rise to issues of trustworthiness.

Pharmaceutical lobbyists outnumber members of Congress, and campaign donations are spread across both political parties. And pharmaceutical lobbyists, as a group, have a budget greater than some countries. Do the profit motives mask growing concerns over the safety of this highly profitable medical intervention?

Ethical considerations are another concern. The advancement of science (sometimes only for sciences’ sake), and governmental agencies that desire to use those advances for the public good, continues to suffer from the same preconceptions and blind spots about the value of some lives versus others that has plagued this country since the first eugenics proponents spouted their theories at the beginning of the 20th century.

These ethical blind spots are responsible for a record of deadly errors from unsafe drugs, immoral experimentation on uninformed or coerced subjects, and “public health” legislation that is troubling at best and criminal at worst.

Tobacco and DDT deserve special mention. Tobacco companies advertised their products heavily in all media for decades. When serious questions arose about the health dangers of tobacco use following a report by Morton Levin in 1950 linking smoking to lung cancer, tobacco companies used company sponsored “scientific research” to prove that tobacco did not cause cancer. This went on for decades before the government finally acknowledged a direct link between smoking and lung cancer, banned tobacco advertising in magazines and television, and placed warning labels on cigarettes. 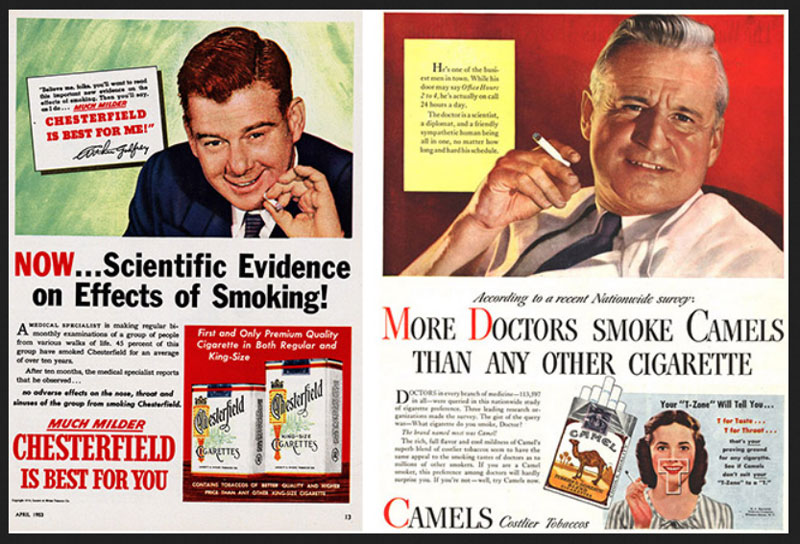 DDT was a popular insecticide and a heavily advertised product in the mid-twentieth century. It was touted as both safe and effective. DDT was very effective and it wasn’t just an agricultural product used on farms or ranches. It was also used widely in homes and public places to prevent flies and biting bugs. It was sprayed at public beaches filled with children and adults. It was dusted around the home (even on children’s lunches), and it was used to rinse clothing, bedding, and mattresses.

DDT “education” came from advertisements too: 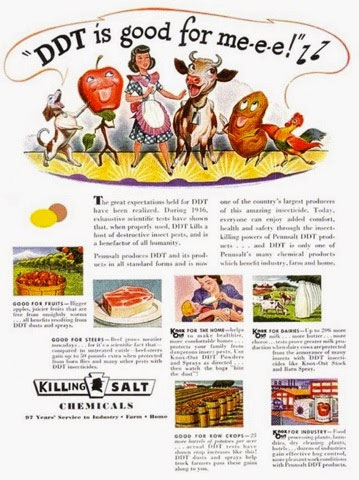 Because of these advertising campaigns, many people not only thought DDT was safe but that it was actually good for them. This proved to be quite untrue and DDT was banned in the 1972 because of its toxicity to the environment.

However, it is interesting to note that the symptoms of DDT toxicity in humans can look just like polio. And DDT was used most heavily in summer months, which correlated with increased reports of polio.

While educated, caring individuals (physicians, legislators and health administrators) can make a seemingly rational argument that accepts the harm to some for the benefit of others, we as citizens can and should object loudly.

Our heritage, as well as our own moral and ethical standards, compels us to demand our Constitutional and human right to control medical interventions for ourselves and our children regardless of legislation passed enforcing mandated vaccination.

Get involved. Educate not only yourself but your family, friends, neighbors, teachers, and school boards. Share this information with your physician, your legislators, and school administrators.

An informed public is the best defense against legislation that denies the right to self-determination. 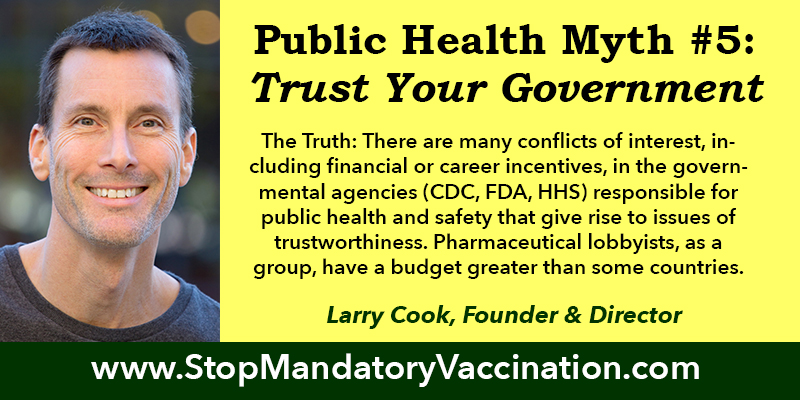