Melissa Curtin October 4, 2019 October 8, 2019Vaccine Injury
Thanks for subscribing! You can unsubscribe at any time.
Share with your friends... 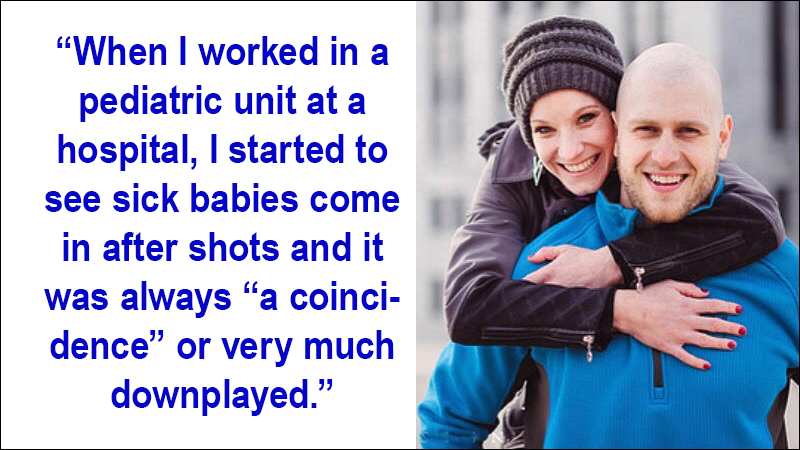 Erin Witt, an Air Force veteran and former CNA (Certified Nursing Assistant), now an ex-vaxxer, reflects on her health and work history and her process of waking up about the truth and risks of vaccines. Erin reveals how she connected the dots surrounding her health issues and how the influence of others’ personal vaccine injury and death accounts, like Catie Clobes’ story about Evee, have impacted Erin’s decision to stop vaccinating and experience a healthier existence.

Erin was open-minded enough to examine the research and critically think about vaccines based on the new information she discovered – even though her former career and military background held a drastically different vaccine perspective. Read about Erin’s journey below from how she transitioned from being staunchly pro-vaccination to an ex-vaxxer, followed by an interview with more details.

Erin: As I kid, I remember getting shots and screaming for hours after. I was terrified of going to the doc when it was time to get shots. I was always sick, horrible ear infections to the point of scarring on my eardrums. Horrible seasonal allergies came next and I received allergy shots for five years for grass, ragweed, trees, and another I can’t remember. I had colds constantly and had it in my brain that “I was just a sick kid.”

I received all childhood vaccines, including Hepatitis b, meningococcal, military vaccines (TDaP, MMR, Penicillin), and 2/3 of the HPV (Gardasil) vaccine series. (I know there were others in the Air Force I got too, but I don’t have a copy of my immunization record, unfortunately.) I spent 15 years of working as a Certified Nursing Assistant (CNA) with all age groups, mostly Pediatrics and Geriatrics, both “high risk” for illness. In a nursing home, after the “mandatory” flu shot, there would always be an “outbreak” which was attributed to the “wrong strain” argument. 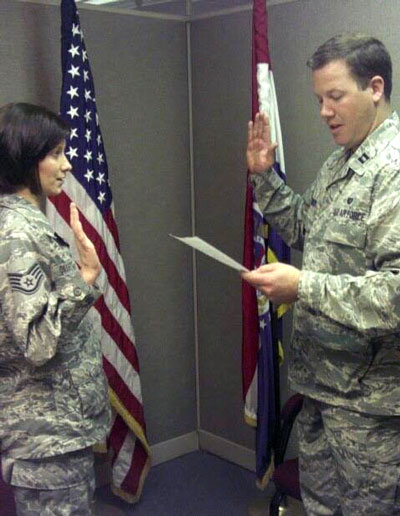 In the military, I didn’t understand why I was given “preventative” penicillin, but now I realize it was to help the effects of the mass amount of vaccines we received all at the same time. They had us stand in a line like cattle and administered multiple shots at a time. I got very sick and penicillin site that was on my glute hurt for days, way worse than my arms.

Right now is currently the longest I’ve gone without vaccinations and I’ve done a heavy metal detox called Advanced TRS which uses Nano-zeolites to withdraw toxins from the body, helping to restore it to its natural function. I eat healthy, real, whole foods, and exercise 5-7 days a week. Used to have 15+ migraines a month. Now only 0-2, if that. I 100% attribute it to stopping vaccinations and stopping yearly flu shots.

When I worked in a pediatric unit at a hospital, I started to see sick babies come in after shots and it was always “a coincidence” or very much downplayed. “Normal” reactions. Because of my history working in healthcare, I was brainwashed into the “pro-vax” mindset and would bully people who didn’t vaccinate. I watched doctors bully moms who wouldn’t vaccinate, telling them to stop getting their information from Facebook.

As I’ve gotten older, I’ve started questioning and listening to stories of other people instead of being close-minded and trusting that vaccines are “safe & effective.” I’ve had firsthand experiences of how they aren’t. I got Irritable Bowel Syndrome (IBS) after the meningococcal vaccine. I miscarried after a flu shot. I started to realize that things aren’t a coincidence. I’ve been researching for about the past year, and for a long time I told myself I wasn’t anti-vax, I was just trying to learn more. It was when I saw Catie Clobes’ story about her daughter Evee that I woke up. I realized that healthy babies don’t just die. I’ve ALWAYS questioned SIDS (Sudden Infant Death Syndrome). How can a baby just die?! I’ve never understood. The proof from Evee’s death was it for me as I now consider myself an ex-vaxxer who is pro-medical freedom. My body, my choice! My husband feels the same way. 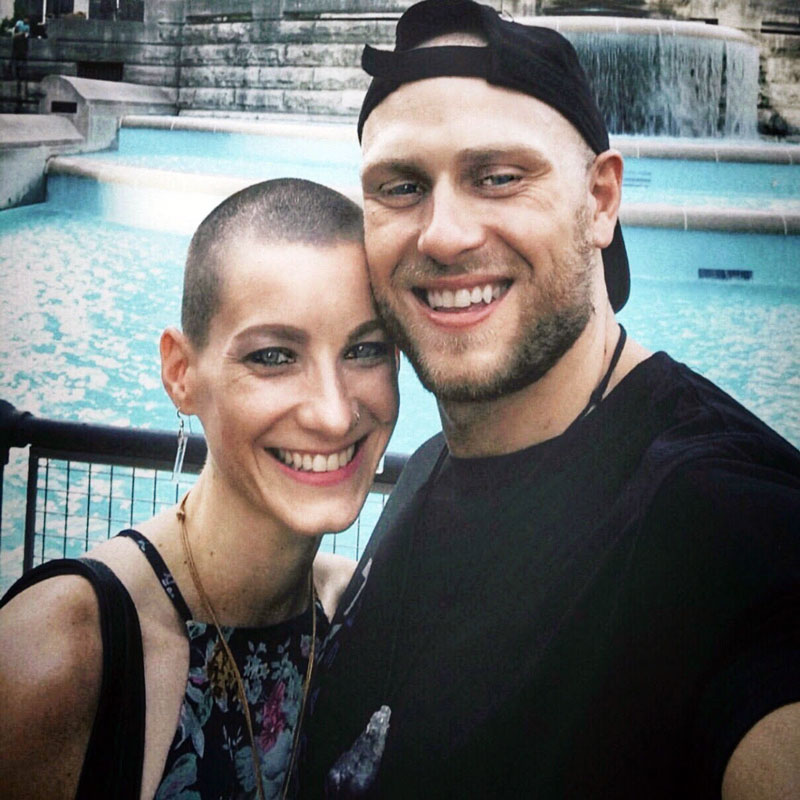 We are people who want optimum health, naturally. We eat only real, whole foods, we exercise daily, and we use holistic medicine as often as possible over any pharmaceuticals. We beat colds with bone broth, garlic, elderberry, honey, lemon, and zinc. We question everything and trust nothing. This has led us to our healthiest we’ve ever been, in our 30’s. When I finally read a vaccine insert and looked up the ingredients, that was it for me. Nothing natural about them! We are being injected with things that make us sick and keep us sick. It’s time for everyone to wake up to the facts, enough is enough.

Q: Do they do titer testing first before giving you additional shots in the military?

Erin: They do not do titers before shots.

Q: Did the military doctors or whoever administered the vaccines give you any informed consent about the risks/side effects/symptoms, etc. or just inject the vaccines?

Erin: Zero risk or side effects. Zero talk about them, zero informed consent. They line us up like cattle, tell us to roll down our sleeve and unbutton our pants, and herd us through as we get them in our arm and buttocks. They barely even tell us what’s happening. They tell us what to do, and we listen, or there are consequences. It’s not a choice.

Q: You mentioned you are in the longest stretch for not having vaccines, but I am curious how long that is in months or years?

Erin: I received my last flu shot in November 2017. No other vaccines since 2012 besides flu shots.

Q: Were there specific vaccines you noticed infants at your work having reactions from? What kinds of reactions would you notice or witness during this time working in pediatrics?

Erin: I was not privy to that information. They would come in with rashes, high fevers, and seizures.

Q: What was it about Catie’s story about Evee that woke you up?

Erin: The tests that came back from the neuropathologist, which showed damage to the medulla that would have slowed Evee’s breathing, killing her.

Q: If you could go into more details about how you always questioned SIDS that would be helpful. Was this while you worked in pediatrics? Were there particular cases of SIDS you’re referring to, or do you mean generally speaking?

Q: I mean generally speaking. Ever since I first heard “Sudden Infant Death Syndrome” my thought process was “how is an infant suddenly dying for literally no known reason, a syndrome?” This never made sense to me. Healthy babies don’t just die. In pediatrics, I convinced myself that it was real – that they would breathe in their own carbon dioxide and poison themselves, or get smothered by blankets, or co-sleeping… because that’s the crap lies I was fed. It still never made sense to me, but I trusted the medical professionals I worked with at the time.

Q: In any of your CNA nursing training, did you ever learn about the risks of vaccines (including death and vaccine injury), vaccine adverse reactions, VAERS, the ingredients, etc.? If not, what did you learn about regarding vaccines?

Erin: Zero training. We just learn they are “safe and effective” and we all need them to achieve herd immunity to protect “at risk populations”.

Q: If you have children, are they vaccinated? If you’re planning on having children, what will be your approach to health/wellness?

Erin: I have not had children. I miscarried after a flu shot six years ago (didn’t connect that dot until recently) and we’ve been waiting for another baby since, with no luck yet. It ended up being a blessing because if we already had kids, they would have been vaccinated. At this point, we prefer a natural, holistic approach by building their immune systems with good food and natural supplements like we have done for ourselves.

At this point, until there are placebo studies done and actual proof they can create safe vaccinations, we will be choosing to decline them. We are also very spiritual, and there are many bible verses that support declining them for many reasons – injecting foreign substances, aborted fetal cells, etc.

Q: What do you feel is the biggest problem/issue regarding vaccines at this time?

Erin: Taking away our choice.

Q: What do you recommend to those who are questioning vaccines or who are interested in learning more?

Erin: Read Catie’s story and watch her interview on The HighWire.