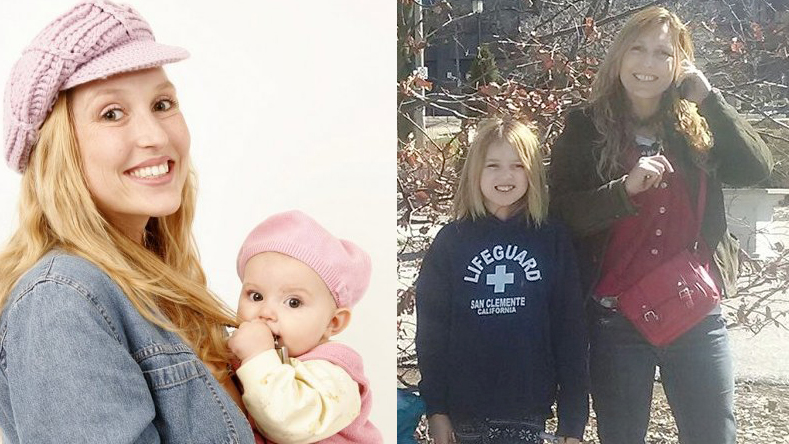 When I gave birth to my first daughter, Jasmine, I supported vaccinations. I don’t think I had really thought about it. It was just the thing I’d been told to do to ensure my child had the best start in life. For me, this was even more so because we’d left California and I was giving birth in Thailand, a Third world country, which I figured must be crawling with strange viruses and bacteria that could hurt my baby. Even though we had to pay out of pocket, I called the hospital where Jasmine had been born and asked them when we could start vaccinating her. They hadn’t given her any at birth. They scheduled her for her first shot at two weeks old and said she could get a combo shot when she was one month old. I asked them what the first shot was for, and they said, “Hepatitis.” I remember thinking this was good, because I’d heard hepatitis was from contaminated water and I figured that was a big problem in Thailand.

I knew something was wrong the instant they injected the vaccine into my newborn’s little arm. Jasmine arched her back and let out the most ear piercing scream I’d ever heard. She would not stop screaming for more than 20 hours. While we drove home she screamed the whole time and didn’t fall asleep like she usually would on a motorbike ride. We got home and she continued to scream. She wouldn’t breastfeed, but just kept on shaking her head violently back and forth. I noticed she felt really hot and I started taking her temperature with a forehead strip. Her fever rose steadily from 100 to 101.5 to 104. I put a wet rag on her head and her fever stayed close to the 40 C mark on the line. You’re supposed to take a newborn to a hospital if the fever is over 102. It was 104, so we went right back to the hospital. Our daughter had been vaccinated only 2 hours prior.

It was a small hospital, so the same nurses that had just seen us saw us again. I was terrified. I didn’t know when the fever going to stop. My daughter was still screaming while I tried to keep a wet rag on her forehead. The pediatrician saw us for a brief moment, felt her forehead, and said she’ll be fine. The nurses all fell in line, “No worries, no worries! The vaccine is working! Give her paracetamol (Tylenol) and she’ll sleep. It’s okay!” They gave her a few drops while she was screaming and sent us home with a bottle of pink liquid.

The Tylenol helped with her fever. It stayed between 100 to 102 for the rest of the night. It didn’t help her sleep, though. She wouldn’t stop screaming, but her cries were hoarse and weak. I tried 100 times overnight to breastfeed her. She would always shake her head away and start crying again without latching on. Jasmine’s father tried to calm her and feed her with a bottle for a few hours that didn’t work either. Finally, in the early morning, she latched on and dozed. Jasmine’s dad left for work as I fell asleep next to the baby, we figured now, maybe, the worst was over with.

I awoke to the most ear piercing scream as I was dozing off. I picked Jasmine up. Her screams literally hurt my ears. She hadn’t been asleep for more than 20 minutes. I set her back on the bed, asked the Thai woman across the street to watch my baby for a minute, and walked up the hill to where a friend lived.

I was living in a small neighborhood in Koh Samui, where the houses were mostly rented by European expats. I had joined a Mums and Bubs club started by a British woman with a six month old baby. I was the only American in the group. I knocked on her door and told her I was at my wits end. My girl wouldn’t stop screaming since her vaccination. She came down with her baby and helped me with mine. Finally at about noon, 20 hours after Jasmine’s shot, my newborn fell asleep.

My British friend came back to our house later that night with her husband, and they had the anti vaccine talk with us. They said they didn’t tell most people, because so many people in their family thought they were crazy for not vaccinating their daughter. They couldn’t watch what had happened to Jasmine without speaking up. It was like they were initiating us into a secret club. My friend told me to check on Jasmine while she slept. She was worried about SIDS after her episode. I wasn’t sure I believed it, but my daughter slept very soundly – almost comatose. I started reading the books my friend had given me.

I hold a special place in my heart for my English friends who spoke up. I felt alone and abandoned. Our pediatrician insisted that the vaccine that caused Jasmine’s bad reaction was a single bad lot. He didn’t think we needed follow up tests and thought we should continue vaccinating. We wrote down the vaccine lot number and even reported it to VAERS. Jasmine’s dad was talking about legal action. I remember the first crack in the vaccine story being when I realized that the vaccine that had caused such a bad reaction in our baby was for hepatitis B, a sexually transmitted disease Jasmine had no way of encountering.

We decided to get Jasmine her one month shots. This was a 5 in 1 combo shot of Diphtheria, Tetanus, Pertussis (whooping cough), Influenza B and Hib. I was very nervous, but this time I’d read about the vaccines and thought those sounded like serious, dangerous illnesses. I even thought the combo shot might be safer. We wrote down the lot number and held our breath as they gave her the shot. Jasmine did not react as badly as she did to the first vaccine. She cried and had a 102 fever that night, but there was something wrong with her eyes. She’d been able to focus on me before the shot and now she couldn’t. Some mother’s instinct in me was more concerned with this than all of the screaming. I decided then and there to wait on any more vaccines until Jasmine was older. Eleven years later I’m still waiting.

Jasmine became her own best anti vaccine advocate. She outgrew her infant colic over the course of several months. She went on to be a healthy child, who was almost never sick despite traveling to several different countries and US states. She is 11 years old and I can count on one hand the number of times she’s thrown up in her life. She never again had a fever as high as she did after her vaccinations. Last year she was class president in school. At this point I cannot fathom injecting disease into my healthy child in the hopes of preventing a possibility in the future. It all seems so backwards to me now.

I became anti vaccine slowly. I read and reexamined my own and my family’s medical history. I remembered when I had to get a bunch of vaccines before I could start kindergarten. My head and my tummy hurt for days afterwards. I remembered getting vaccines before I started college at 18 years old, TDAP I think, plus two for varicella (chicken pox). I had a spell of poor health for the next several years – a kidney infection, pink eye, colds, and flus that seemed to last all winter. Of course it was never tied to the vaccines by me or any doctor. When I was 24, my brother caught chicken pox from a friend’s child. I was around him, but I thought I’d be safe, since I had gotten the chicken pox vaccine and a booster. I caught chicken pox anyways. It was an awful case where I stayed in bed for two weeks, and which left me with scars on my face. My doctor’s exact words were, “Lucky you were vaccinated, or you might have had it worse.”

Indeed when I thought about what doctors had told me, I realized there was a curious heads-I-win, tails-you-lose logic at play every time. If the vaccine didn’t work, as was the case with my chicken pox, then the illness would have been worse if I hadn’t been vaccinated. If the vaccine caused a bad reaction, like a high fever, then that meant the vaccine was working. If you had a spell of ill health after vaccines, then that couldn’t be tied to the vaccines unless the reaction was immediate. Yet, the very theory of vaccination – that you are injecting a weakened or dead virus to provoke an immune response so your body will be able to fight the real pathogen months or years in the future – implies that bad vaccine reactions could also occur months or even years after a vaccine. So what if your body starts fighting some part of itself? I started seeing autoimmune conditions in many friends and family members that were never tied to vaccines by doctors. The circular logic of vaccines being 100% safe and 100% effective was a self fulfilling prophecy.

I don’t know if the theory of immunization has merit or not, but I do know that vaccines, as they are currently configured, provide dubious benefits with very real risks. Until doctors can start including complete vaccine histories into medical reports and stop giving vaccines a free pass, I don’t trust them. Until medical panels can be done that actually can find and treat vaccine injuries, I don’t think it’s safe. We’ve traded temporary benign illnesses for a lifetime of chronic conditions. I sometimes wonder what would have happened if Jasmine hadn’t had such an obvious bad reaction to her first shot. How long would I have stayed in the revolving door of doctors and declining health?

This is how I became anti vaccine. A bad reaction was actually a blessing in disguise.