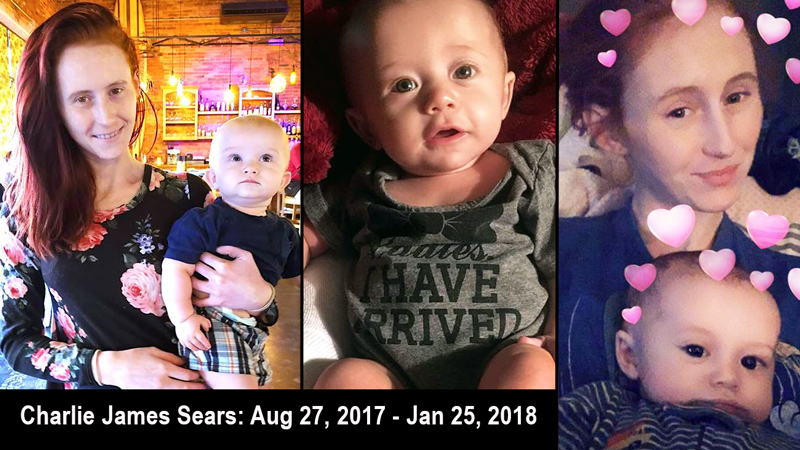 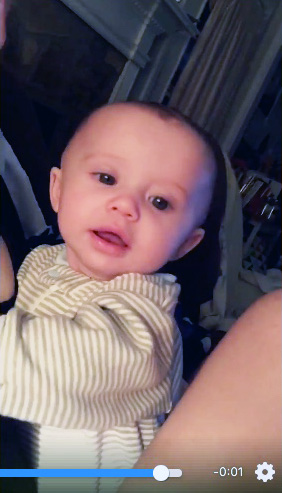 A Few Days Before He Died

This video shows us a bright, bubbly, healthy five month old little boy named Charlie along with his mom, Jessica Waters, just days before he passed away [you must be a member of the Stop Mandatory Vaccination Facebook group to see the video]. Charlie had his newborn vaccines, received vaccinations again at two months old, and another round of injections at four months. Unexpectedly, he died within weeks of his last vaccines. Jessica is a first-time mom who is heartbroken and mourning her baby; the shock and pain she felt when she lost her infant to vaccines is immeasurable and unimaginable. Jessica’s story is one of the many heart-aching stories we have featured from parents who have deeply suffered from losing their child after vaccination.

Coincidence, again? When does a coincidence become recognized as an obvious pattern?

Jessica: I lost my son, Charlie, January 25th, 2018 and they said it was because of Sudden Infant Death Syndrome (SIDS). I haven’t done a lot of research, but I have seen SIDS is linked to vaccines. My son was PERFECTLY healthy. He was just fine and then boom, he was gone. He was two days shy of 5 months old when he died and had just received some of his vaccines, but not all of them because I didn’t allow that. I was doing my research, but that didn’t go far because I didn’t fully understand everything I read. He didn’t have any problems at all at the time which is why it’s such a shock.

Jessica Shares Her Story
My son Charlie was born August 27th 2017. He had to stay in the Neonatal Intensive Care Unit (NICU) for a few days because his breathing was a little off and I know he had the newborn shots, whatever that consisted of. He received the Hepatitis B vaccine for sure. His breathing eventually got better after a few days and when he would drink a bottle it was kind of fast paced, but he managed the breathing fine. His breathing was an issue at first, but after he came out of NICU, he was fine. I believe he also got shots at his 2-month old visit and Hepatitis B was one of them and DTaP. I had only allowed a few shots and not all of them because my mom went with me to the doctor’s visit. My mom used to be ok with the vaccines, but when I had Charlie she was completely against them all. My mom shared I had received my vaccinations and she had them as well, but they were different from when I was a kid. There’s a lot more vaccinations now on the Center for Disease Control’s (CDCs) recommended childhood vaccination schedule when my son had received his shots than from when we both had them many years ago.

Besides the breathing issues, things went fine. However, roughly a month or so after, my son had some more shots again before he died at five months old. I’m not too familiar with what he received being I’m new to all of this. I hated him getting shots because I hated when he would cry and be upset afterwards. 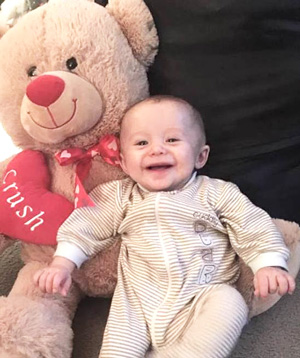 January 25th came around and the night before I had cleaned the house completely. That day on the 25th, I was exhausted from staying up until 4-5 a.m. in the morning cleaning and taking care of Charlie. And that morning he was fine, he had a bottle, and my sister played with him. When he came back to me, I played with him for a few minutes and laid him down cradled in my arm. He fell asleep and I fell asleep right after. Well, we fell asleep about 12 p.m. (lunch time) and he ALWAYS, ALWAYS, ALWAYS, wakes me up every three hours. 4 o’clock p.m. came around and I woke up, and already was wary as it was an hour past his wake-up time. I said his name — he didn’t respond. I picked him up and shook him a little and nothing. It gets kind of blurry here, but I started to freak out and ran to the living room.

My little sister followed from running into my room and she realized what happened. I was frozen. Immediately my younger sister called 911 and my older sister started taking control of the situation. She talked to the lady at the police station who walked us through Cardiopulmonary resuscitation (CPR). But I had noticed after trying the mouth to mouth resuscitation, he had just a little bit of blood dripping from his nose. As soon as the ambulance and the cops arrived, they pretty much pronounced him dead that I am aware of. I didn’t really see them try to do anything to help bring him back. They had said that he was already gone and they had said he was cold, but he wasn’t cold to me. Charlie’s death was declared at 5:25 p.m. on January 25th.

Charlie’s case was referred to a medical examiner. They called his death as SIDS and his death “could not be determined.” No one even explained the autopsy report findings to his mother Jessica. She shared, “I had given him Benadryl and he had a little of that in his blood.” The autopsy also indicated mild-moderate pneumonia. Jessica continues, “as to why the pneumonia was found is a straight shock.”

Breathing and respiratory problems in newborns do occur after vaccines are administered. There is risk that is often overshadowed by the perceived “benefit” of infant vaccines. While infant respiratory issues may or may not be a common occurrence in a healthy newborn, they are a critical vaccine side effect to be watchful of. The severity of reactions needs to be monitored and cautiously navigated. Severe adverse vaccine reactions in infants include breathing problems, wheezing, hives, weakness, fainting, dizziness, and irregular heartbeats. Pro-vaccination health websites, the World Health Organization (WHO), and the CDC often strategically minimize and underestimate the dangers, adverse reactions, and symptoms post vaccination.

SIDS is often mis-categorized as “Vaccine Infant Death Syndrome” (VIDS) and extensive autopsy toxicology tests are not performed. The timing of the infant deaths considering the aggressive vaccination schedule at 2, 4, and 6 months old, is more than coincidence, random statistics, aberrant genetics, and bad luck. An article from August 2017, courtesy of Health Freedom Idaho, “Court Rules Vaccines Contribute to and Cause SIDS,” explores this connection further. Injury and deaths post vaccination are not rare “one in a million” incidents as the propaganda parrots regurgitate, push, and sell their “how very safe and effective” claims to the misinformed public. There is even a guide available for parents on what to do if your child dies after vaccines and autopsy medical test recommendations! A previous infant death story after vaccines we covered addressed SIDS in more detail and includes more resources and statistics.

Charlie’s death is another atrocious tragedy that could have been averted had his medical providers had his best interest and health in mind. Doctors and medical professionals need to do a much better job at informing their patients, parents, and families, about the dangers and full risks of vaccines, especially for infants with developing immune systems. Jessica shared, “I never got anything about vaccines. Nothing. At all. Never got anything on the risks or the side effects.” She was not given any Vaccine Information Sheet (VIS) and certainly no vaccine product package insert that included the full risks, benefits, contraindications and precautions of who should not receive the vaccines, the spectrum of dangers, including death, the ingredients, or the specific information about the clinical trials.

The lack of knowledge offered to patients about the full risks, side effects, contraindications, and dangers by the medical community is astounding. Had the NICU nurses and doctors warned Jessica that her son’s breathing condition may have been caused by or linked to his vaccines and instructed her to halt future rounds of vaccines, until it was determined what actually caused his issues, perhaps Charlie would still be alive? What if Jessica was provided the proper immunity and health information for her to make an educated and informed choice regarding vaccines? Maybe then Jessica would not be mourning and missing her precious sweet boy.

Jessica: It’s been terrible and shitty without him. I miss him so much. He was my everything. I don’t get how my son could just be taken like that. I honestly didn’t want to live after he left this terrible horrible shitty earth. I didn’t see how people can live and be ok or fine after losing such a precious life. Yeah being woken up every couple of hours is sooooo much “fun” with an infant. But if I could go back and change it, I would have stayed up 24/7 and forgotten about sleep.

Please offer your condolences to Jessica and her family in the comment section below.