Larry Cook December 4, 2017 March 13, 2019Vaccine Injury
Thanks for subscribing! You can unsubscribe at any time.
Share with your friends...

Dr. Andrew Wakefield says that vaccines cause autism and explains in detail why adjuvants used in vaccines to stimulate a TH2 antibody immune response causes an abnormal overload and stress on the immune system that leads to immune dysfunction, which can lead to a wide variety of chronic health problems. Vaccination bypasses the TH1 cellular responses (responsible for 80% of our immune function according to Dr. Toni Bark) yet the immune system works best when both TH1 and TH2 work synergistically together. Vaccination destroys the synergy of the immune system because injection bypasses normal route of entry (through the lungs, often times) whereby TH1 cell response is the first response to happen. An antibody response is not an indicator of immunity, only of an allergic response. Natural immunity and being vaccine free is the healthiest option for children.

Dr. Andrew Wakefield
One of the things that has always interested me and was sort of central focus of research of my group when I was at the Royal Free Hospital was patent of exposure to infection. Now what do I mean by that? I believe that vaccines cause autism, but clearly, a lot of children get vaccinated and only some develop autism. Why some and not others? And this comes down, I believe, in large part to the pattern of exposure.

What do I mean by that? I mean age of exposure. And this is something that was born out by William Thompson’s study from the CDC. Younger age of exposure producing a greater risk. Another patent of exposure which is is extremely important is the root of exposure, the root by which you are exposed to the infection.

Now, take a disease like measles or indeed mumps or rubella or chicken pox. These were respiratory pathogens that we would inhale, they would go through our nasal and oral passages through the lungs and the natural way in which the immune system had been set up to deal with these infections was there, resident in the lining of the respiratory tract and was a system of immune cells that took up the virus, that processed the virus in a particular way, presented it to the immune system in a particular way that then invoked the beginnings of a protective response, clearance of the virus, and recovery from the infection. Now what happened with vaccination is we completely changed all that [through vaccination].

So in a heartbeat, we changed the patent of exposure, the root of exposure from something that nature had set up over a very long period to injecting it subcutaneously. The immune system had never seen it in that way and in many cases, it’s not surprising that it just put up its hands and said, “I don’t get this.”

To develop a healthy immune response to any environmental pathogen, to an infectious agent, what we need is a balanced immune response. Broadly two elements to it, the antibody producing side of the immune system, what’s called a T helper cell type 2 response, and the ability of the cellular immune system to identify virally infected cells and to seek them out and destroy them and that is predominantly a T helper cell type 1 response. What we need to be healthy is a balance between TH2 and TH1.

Now when we change the dose or the age or the root of exposure, then potentially and in the real world we alter that balance and when you give certain infectious agents or their products subcutaneously, you produce a bias towards this pro-allergic antibody response. Now we measure antibodies as a measure of immunity, but they’re not a good measure of immunity because they tell us nothing about the T helper cell type 1 response and the ability to kill intercellular infections like viruses.

Indeed, the greater the antibody response, the greater the T helper cell type 2 response, then reciprocally the lower the TH1 response. So actually more is not necessarily good. It’s telling us that there is an imbalance in the system. So merely looking at antibodies and saying this is protection against the disease is a very, very simplistic and potentially hazardous way of viewing the system.

So when you change the patent of exposure, when you change the root, the dose, the age, or indeed give concurrent infections at the same time in polyvalent vaccines, then you have the ability – the potential – to profoundly alter this balance and the way the immune system is set up, and create a potential hazard.

The other thing to take into consideration when thinking about this issue of immune balance and imbalance is what else is in the vaccines? Not the live viral vaccines, but for example in the DPT and the Hib vaccine, DTA, thimerosal, it’s a preservative, mercury is not a good preservative but a preservative that was in there, grandfathered in, highly toxic and in for a very, very long time until it was removed from most vaccines, although it’s still present in trace amounts in many, but still in the majority of flu vaccines used in this country, should never be included in any vaccine whatsoever, why was it there extensively as a preservative?

It’s not a very good preservative, but I believe it was also there because it is an adjuvant. It acts as an adjuvant to stimulate, to boost the T helper cell type 2 immunity to boost the immune response and to give more antibodies but as we’ve already said, more is not necessarily a good thing.

So apart from the sort of pervasive toxic effects of mercury on both the immune system and the brain and indeed upon many, many other cellular systems, it has the ability to increase, to act as an adjuvant and increase this antibody response. Then you add in something like aluminum, which is specifically in there to boost the antibody response and you’ve really got a toxic soup. You’re driving the immune system inexorably towards this pro-inflammatory, T helper cell type 2 response in a way that may not allow the immune system to switch off, which I believe is why we’re seeing so many immunological problems arising in children that we never saw before, this ongoing immune drive that has contributed to, I believe in large part, by metals that we find very difficult to get rid of from the body that persist and can cause long-term hazards.

So when you take viral infections like measles, mumps, rubella, and you’re giving a child at the same time a slew of vaccines that bias the immune response by virtue of containing mercury and aluminum towards this excessive antibody response, pro-inflammatory response, then it’s little wonder that the immune system in many, many children abreacts to those viruses and produces complications.

More is not better and there is a tendency now, a very strong drive, in fact, to incorporate more and more and more vaccines into the same shot or to be given at the same time in the absence of any safety studies whatsoever. It is convenient and that is unacceptable. You wouldn’t do it with pharmaceutical products and you shouldn’t be doing it with vaccines but that is the way the world’s going. They’re now talking, I think, at MIT about combining all of the childhood vaccine into a single shot and I have grave concerns about that. 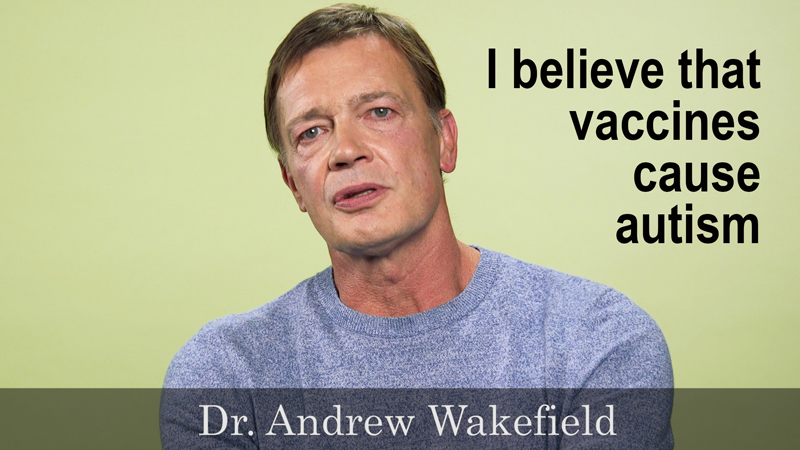