Melissa Curtin April 27, 2019 July 17, 2019Vaccine Death, Vaccine Injury, Vaccine Reaction
Thanks for subscribing! You can unsubscribe at any time.
Share with your friends... 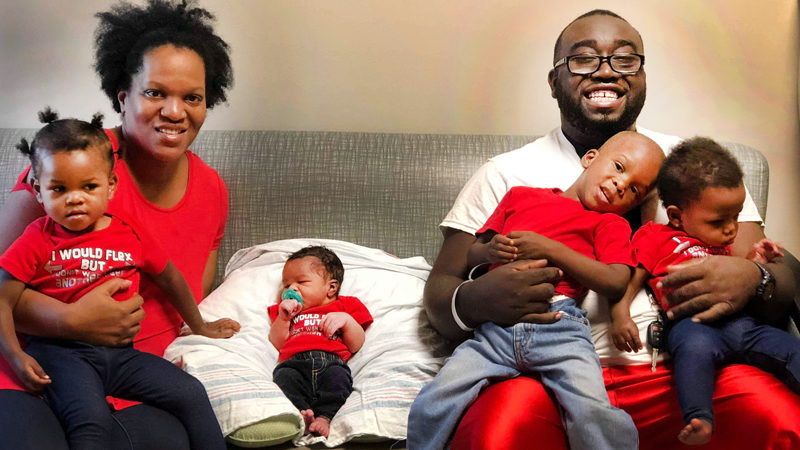 Alexis Murphy’s tragic loss of her 4th child in January 2019 – just a couple of months after his Vitamin K shot – has her searching for answers and truth. She is awaiting the autopsy report results and has consulted with an attorney in her pursuit for justice for baby Zane. Read in Alexis’s own words her account of the events leading up to Zane’s death with additional details in the Q&A that follows.

Alexis: Zane Elijah Murphy was born 2 weeks early. He was due November 18th, but instead he came early November 5th. He weighed 7 lbs. and 13 oz. No complications with labor and delivery. I also had no complications while carrying him. He was the easiest baby I had. He was my fourth child.

Because we got him circumcised, we were advised to give him the Vitamin K shot. We refused to let him have the Hepatitis B vaccine. We were told the Vitamin K will prevent brain bleeding. “It’s just a Vitamin K,” the doctor explained. Being persuaded by our doctor, we let Zane have the shot. I had trust in my doctor…He delivered all of my children!

At day 2 of life, Zane dripped milk from his nose. I asked the nurse and she said that it’s ok. In two days, we came home. As time progressed, Zane began to cough and vomit his milk back up. I breastfed him. I took him to the doctor and complained. He said, “Just sit him up and burp him after feeding him.” He was not even a month old yet. In December, I took him for another check up and they kept asking do I want to vaccinate him. I told them no. He was gaining weight fast. On Christmas day, he cried so much that previous night, that he would not sleep unless someone was holding him. My husband and I were deprived of sleep. My husband insisted I take him to the doctor. I took him to the ER – they said he is probably gassy and there is nothing they can do. No tests were run. She sent me home quickly because it was Christmas. 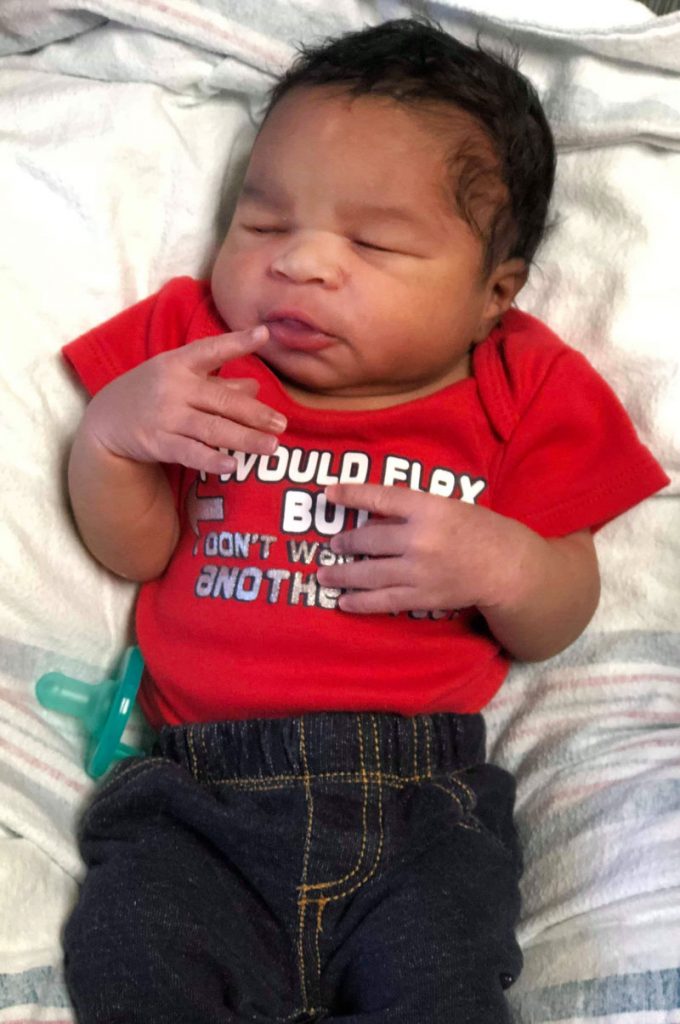 By January 21st, the nightmare came. I went out to go to a job interview. I didn’t get the job and was upset. I left and went to the park to calm down so I wouldn’t take my frustration out on my family. I got a call from my husband that tore my world apart.

“Zane’s not breathing!” He said.

I rushed home to find my lifeless son in his father’s arms. Sam was calling 911. I fainted several times. A neighbor came by and did cardiopulmonary resuscitation (CPR) on Zane. I called 911 as well. It took them too long to arrive. Finally, they came and refused to let me ride with him. They had police come to our home and made us evacuate our other three kids. Sam sat in the police car for three hours and was almost handcuffed. I waited in a room alone…I could not go in to be with my baby. I could not go out to get others who had came to support me. I had an officer as well guarding the door. Finally, after a detective came, I was released to see my son. I hit the floor. All I remember seeing is his little foot. I begged the nurses and doctors to pray with me….they just looked at me. He was pronounced dead.

We arranged for funeral services and buried our son. After 2 and a half months of waiting, we finally got the cause of death back – Sepsis associated with viral infections. Manner of death – natural causes. When I seen “natural causes”, something did not add up. And that’s when began my journey. I pulled all medical records, getting assistance from advocate Sherry Sanders. She was in Vaxxed, the movie. This is not over from a long shot. I TRULY believe the Vitamin K took my son’s life. I also believe that breastfeeding extended his time here.

Parents, I urge you to wake up when it comes to vaccines. Just one shot is all it takes to end your child’s life.

Q: Was Zane healthy besides the minor issues you mentioned from day 2 of life until January?

Alexis: As far as I could see, yes.

Q: Was there any other health concern that would have caused him to pass other than the Vitamin K shot?

Q: Were you aware of the risks of the Vitamin K shot? It doesn’t sound like your doctor provided you with any information, like the package insert, or true informed consent. (Also Vitamin K is not technically a vaccine, but a synthetic Vitamin shot.)

Alexis: Somewhat. I was not quite sure. I trusted my doctor. We started learning about vaccine effects when we had our 3rd child. The two oldest has been vaccinated.

Q: You mentioned your husband called to say Zane wasn’t breathing. Did he give any info about what led up to that? Was Zane sleeping before he found him? Had he recently eaten, etc? Was he not feeling well? Can you provide more details?

Alexis: I had just seen him a few minutes ago. He was up and crying when I walked out the door. I breastfed him before I left, so yes, he had eaten. He was fine – from what I could see. 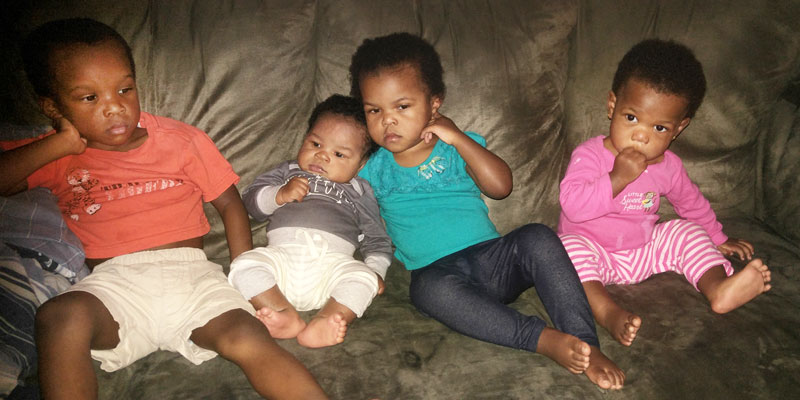 Q: Sounds like you are new on your journey investigating vaccines. Did any of your 3 children have any adverse reactions to vaccine reflecting back?

Alexis: Yes. My oldest is the reason I took all them off shots.

Q: You declined the Hep B vaccine – what led you to that decision? Were you planning on vaccinating Zane at his 2 month or upcoming visits?

Alexis: My oldest Son Zachariah – he had a bad reaction to vaccines. I had no further plans to vaccinate Zane.

Q: Will you continue to vaccinate your other children given the dire situation with Zane?

Q: How old are your other children? Do any of them suffer from any autoimmune, chronic conditions, or allergies?

Alexis: Zachariah is 3, Zipporah, 2, and Zoey, 1. Zachariah gets the flu and the touch of pneumonia every winter season. He also has suffered from eczema and food allergies.

Q: Did you file a VAERS report? And report Zane’s death to the doctor? What is his/her opinion of the cause of death?

Alexis: In the process of filling. I have been told that the Vitamin K is not a vaccine shot. So, I’m a little stuck on my journey to find truth. I told my obgyn and pediatrician. They both just told me they send me their condolences.

Q: What would cause sepsis in a newborn? What reasons did they give you for his cause of death?

Alexis: That is what I am trying to find out. On his death certificate it says: “Sepsis associated with viral and bacterial infections. Manner of death – natural causes.”

Q: What next steps will you take to pursue justice for Zane?

Alexis: Meeting with an attorney Friday. Sherry Sanders, she was on Vaxxed – she’s guiding me through the process. Trying to figure out if I can file VAERS.

Q: What do you wish you knew prior to delivering Zane and him receiving the Vitamin K shot?

Alexis: I want the full truth about Vitamin K.

Q: What advice do you have for parents?

Alexis: Research before you inject.

Alexis: Pray I get some answers. I need closure.

Please leave your condolences for Alexis and her family below in the comments.
For more information and to stay updated on Zane’s story, read the blog Alexis created to cope after her loss of Zane.
“Cause of Death”
“To Battle or Not to Battle”
“For the Love of Money – How Money is Made in the Medical Field” 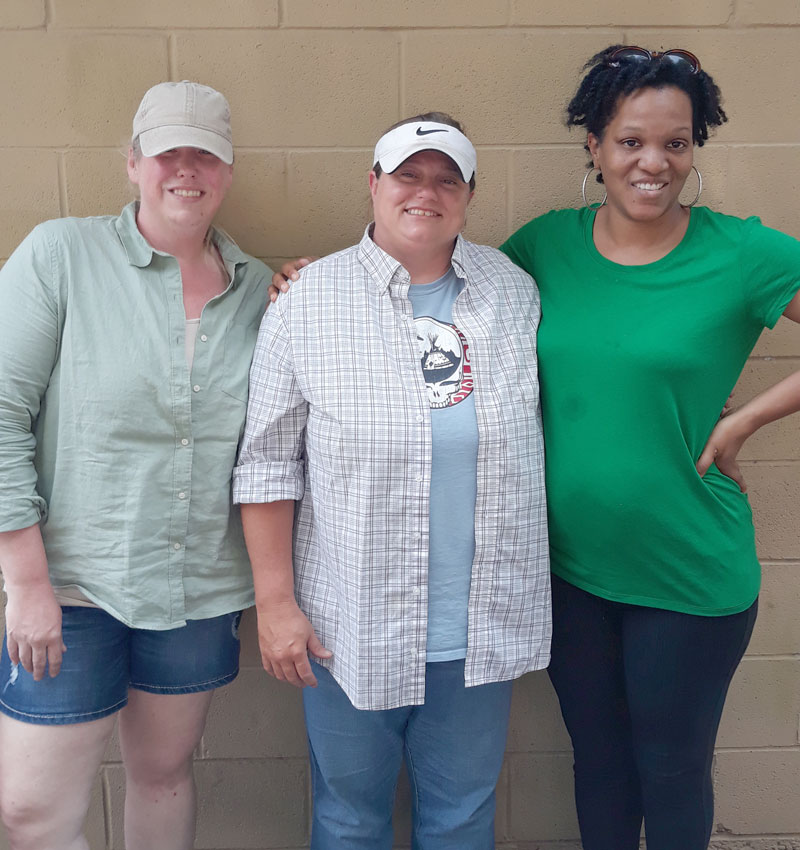 It’s going on 6 months since baby Zane left us. Since I shared his story, I have received his death certificate and autopsy report. I had to go through the District Attorney in my county to get the autopsy results. Also, I have spoken with an attorney, and their legal firm has accepted his case. Sherry Sanders, (an activist), along with Alicia Haggermaker, have volunteered to step in to help build Zane’s case.

After going over the autopsy report, Sherry found that Zane was VERY sick. He had a fatty liver, a staph infection, parainfluenza. She was also able to connect D6PD deficiency with the Vitamin K. He may have had a blood deficiency (Sam and I may have it – we will be getting tested) that was passed from me to him. (The deficiency is found in African Americans.) Zane also may have had jaundice. His skin was extremely dry. “If that is not the case, concerning Zane, I still can link the two together (Sepsis and Vitamin K),” Sherry said. 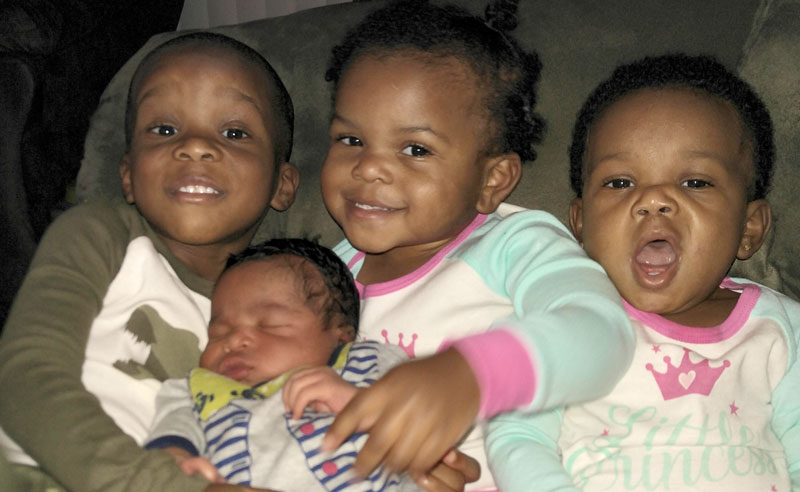 A conference call was held between Sherry and my attorney. “I have to have doctors to back up what you are saying,” he said. So now, Sherry and Alicia are reaching out to doctors to help with the case. My attorneys were just going to go after the hospitals for medical malpractice. Zane was taken three times to the doctors and was never treated. Sherry suggested that we go after the Vitamin K manufacturers as well. The Vitamin K has a black box warning on it – one of its side effects is death. I have also learned that the Vitamin K is not considered a vaccine. So I can’t file a VARES report. “That’s even better,” Alicia added. “Because now you can file a lawsuit towards the company directly.”

The attorney sent a letter out to the forensics department requesting that they hold evidence. His toxicology and tissue samples are being held – Thank God!!!.

I’m just thankful that help has been sent. Now it’s a waiting game.

To the readers, if you know any doctors that are willing to help Sherry in building Zane’s case, please let us know. Thank you for taking the time to listen to our son’s story. Before you inject your child – learn the risk.