Larry Cook April 27, 2019 April 28, 2019Vaccine Mandate Legislation
Thanks for subscribing! You can unsubscribe at any time.
Share with your friends... 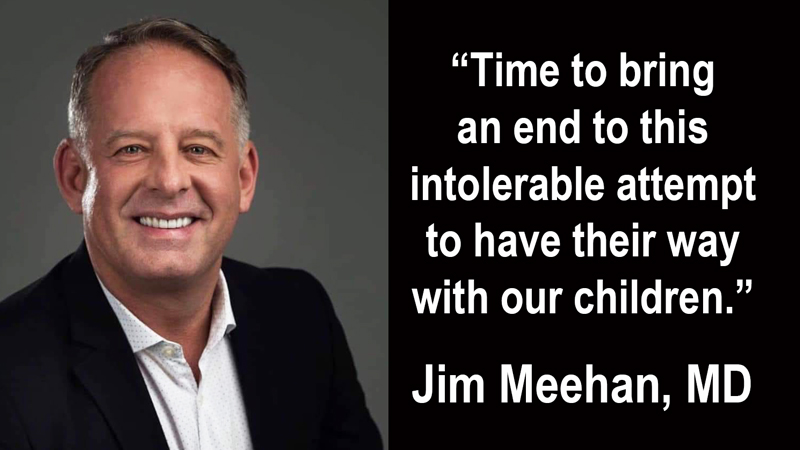 We Are Our Children’s Last Line Of Defense

You cannot be pro-science and be pro-vaccine. Vaccine science is pseudoscience. Vaccine science is tobacco science 2.0. Vaccine science is full of fraud, corruption, and deception. The industries, agencies, and people that promote vaccine pseudoscience as justification for unjustifiable subversion of human rights must confront the reality that they have gone too far. Their desperate attempts to coerce and mandate vaccines betrays the illegitimacy of their science. Time to bring an end to this intolerable attempt to have their way with our children. It is time to form the line across which they will not pass. We are our children’s last line of defense.

I became an ex-vaxxer and vaccine skeptic because as a physician, scientist, and former editor of a medical journal I can clearly see the fraudulent research methodologies, lack of placebo controls, and ridiculously short adverse event observation periods, for exactly what they are – the deceptive techniques of criminal corporations that care nothing about public health and everything about corporate earnings.

No physician or scientist that bothers to look below the surface of the vaccine research, understands the limitations of the weak research methodologies being employed, and with a shred of free thought and integrity, can support what stands for vaccine science today. Unfortunately, few look below the surface. Most only read the headlines and conclusions of journal articles, never realizing how they are being progressively deceived and indoctrinated by misrepresentations and marketing messages that have nothing to do with real science.

As a former medical journal editor, I recognize exactly how the vaccine industry designs clinical trials with the intent to mask and make sure you miss the dangerous and deadly adverse events their products cause. It’s ridiculous that we even allow the manufacturers to perform their own preclinical safety studies…but we do.

Case in point, despite the exposure of Merck’s corruption during the #VioxxScandal, our government allowed frequent offender, Merck, to get away with contriving an absolutely travesty of a scientific safety study, the Gardasil vaccine pre-licensure clinical trials. Merck deceptively designed a study with “active controls” that murdered test subject recipients at approximately the same rate as the Gardasil test group. The aluminum adjuvant and other ingredients in the “active control” (#fakecebo) harmed and killed girls at equal rates. Therefore, Merck claimed, “See! Gardasil was no more deadly than the control group!” and voila! Gardasil comes to market…to destroy the health and lives of millions of young girls and boys.

By the way, Merck’s study design reveals how brilliantly nefarious they were in their intent to deceive. The pre-licensure trial did in fact include a true saline placebo. However, it was tiny (n=594) compared to the Gardasil (n=8181) and fakecebo control (n=5499) groups.

The purpose of this tiny, inconsequential, token, true placebo control group was to provide cover when questioned about their pseudoscientific study results and fakecebo methodology. A brilliant strategy, if only it weren’t so nefarious. Now, Merck could dodge the criticism of all other vaccine safety trials, and legitimately claim to have used a true placebo control – even though the true placebo group was inconsequentially small (4% of the participants). I believe Merck kept the true placebo group large enough to claim it, but small enough to keep it from exposing the extraordinary rate of death occurring in the Gardasil and fakecebo groups – the groups receiving a deadly concoction of ingredients, including Merck’s dangerous AAHS aluminum adjuvant.

It is my recognition of the purposeful actions of powerful corporations to manipulate medical research, contrive fraudulent research studies, buy off politicians and federal agency heads, if not entire agencies, to perpetrate crimes against our children and the public in general that drives me to step out the line my colleagues have blindly chosen to align themselves. I have “bothered” to look beyond the titles and conclusions in published research to discern the quality, reliability, and integrity of the research being used to promote a childhood vaccination schedule that has left American children some of the sickest children in the world. A vaccine schedule that has lead to the worst infant mortality rate in the developed world. Where a child born in America is more likely to die on the first day of life, the first year of life, and first five years of life, than children born in every other developed country on the planet.

I join the millions of American scientists, doctors, religious leaders, politicians, and parents to protest our distrust of the unaccountable pharmaceutical companies that have repeatedly been found guilty of fraud, corruption, and the murder of the customers by products that should never have been allowed entry to the market. I rise to oppose the vaccine industry and its intolerable attempts to deceive and mislead with contrived clinical research. I stand to oppose the desperate attempts of a vaccine industry desperately attempting to use the force of coercive government mandates to force a potentially lethal medical procedure upon our children.

I lock shields with my brothers and sisters willing to sacrifice everything to protect our children, families, and the future of this country. To the forces the forces of evil, greed, and corruption trying to subvert parental rights to forced medical procedures, we say:

“YOU WILL NOT HAVE OUR CHILDREN!”