Lyn Fattorini November 14, 2016 November 15, 2016Vaccine Injury
Thanks for subscribing! You can unsubscribe at any time.
Share with your friends... 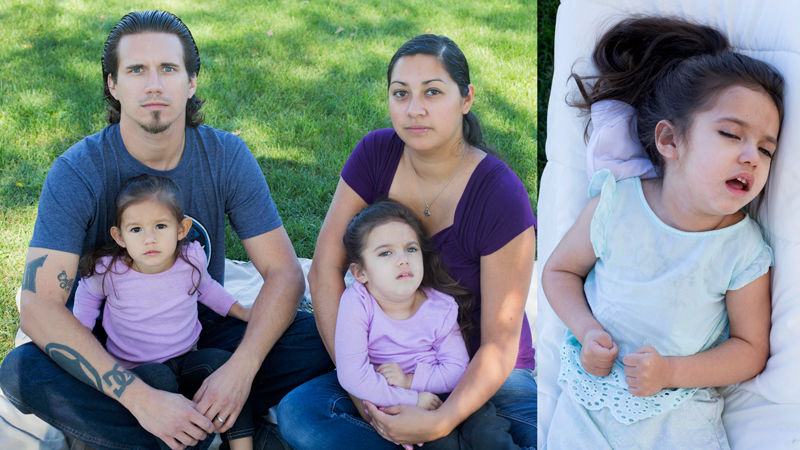 The first two trimesters of Mariah’s first pregnancy were filled with severe morning sickness and threatened miscarriages. Mariah says, “In the second trimester, I often received drugs to stop powerful Braxton Hicks Contractions [false labor pains]. Between my third and fourth month of pregnancy, I suffered a prolonged high fever. I took Tylenol and tepid baths, but nothing helped. I was hospitalized to monitor the baby while I was given antibiotics for a kidney infection.” From six months on, the pregnancy progressed normally. On June 22 2012, baby Haydin was born weighing 7lb 6oz.

The vaccinations Haydin received were:

The pediatrician gave Mariah paperwork regarding the benefits of each shot and recommended Tylenol post-vaccination. “Haydin always seemed to have fevers – not just after her shots, but in general. I only resorted to Tylenol or ibuprofen if I couldn’t reduce a fever any other way.” Haydin also had a problem with projectile vomiting. “I felt this was strange as I was breastfeeding. The pediatrician insisted she was fine but Haydin still had vomiting and fever issues at twelve months of age. She was meeting developmental milestones at the right ages and had typical speech, however.”

Haydin began walking at fifteen months but after a couple of months Mariah became concerned: “Haydin’s walking wasn’t improving and her gait was very wide.” Mariah discussed this several times with the pediatrician, but he maintained Haydin was fine and she would grow out of it.

At eighteen months old, Haydin started twitching. “Her head would shake side to side and up and down and her eyes would blink and squint. Then her hands, arms, and legs began to move randomly as well; however, we found we could snap Haydin out of her daze by speaking to her and getting her to focus on us.”

At twenty months, Haydin’s twitching episodes worsened and she could not respond to her parents. These episodes only lasted a minute or two. “The pediatrician wondered if these might be small seizures and referred Haydin to a neurologist. The EEG and MRI came back clear, so more tests were scheduled. While waiting for those appointments, Haydin’s walking deteriorated until she could only walk while holding onto things. Her arms and legs lost strength and she would tire quickly. Finally, she stopped walking and reverted to crawling.”

Eight months later — still waiting for the test appointments – Haydin’s pediatrician sent her to the hospital. “She now needed assistance to crawl, had difficulty swallowing, and her speech was deteriorating. A neurologist diagnosed her with Metachromatic Leukodystrophy (MLD). He said he had only seen it three other times and that the disease would progress and eventually kill her.” Genetic testing confirmed this diagnosis. Haydin was also diagnosed with spastic cerebral palsy.

By June 2015, “Haydin’s seizures worsened to lasting at least five minutes and required emergency seizure medicine. One seizure lasted ten minutes and Haydin was taken to the ER, prescribed Keppra (levetiracetam), and discharged. We started her on medicinal marijuana around September 2015 and Haydin went from having three or four seizures daily to having short [under a minute] seizures once every three to four weeks.”

On December 21, 2015, Haydin’s gasping for air woke Mariah up. The hospital administered three nebuliser treatments and fluid for severe dehydration and malnourishment. “At three years old, she weighed only 15.5 pounds because her body wasn’t absorbing nutrients. Haydin had a seizure as she arrived at the hospital, so they gave her a large amount of Ativan (lorazepam), which sedated her and she slept for five days. When I asked why Haydin couldn’t wake up, the doctors insisted her sleepiness couldn’t be the epilepsy medicine, but rather that she was tired and weak.”

Haydin needed to stay on oxygen until her breathing issues resolved and was hospitalized for nearly three weeks. “Blood tests were taken daily and she was given three different antibiotics as doctors couldn’t work out what was wrong. The seizures kept occurring, due to anxiety, and the doctors kept giving her large amounts of Ativan. In order to feed Haydin, a gastrostomy tube was placed. She reacted to the morphine given after the procedure, became hysterical, and suffered an hour-long seizure. Following this, she developed a week-long fever but was eventually discharged with bronchiolitis and flu – she contracted both while in the hospital.” 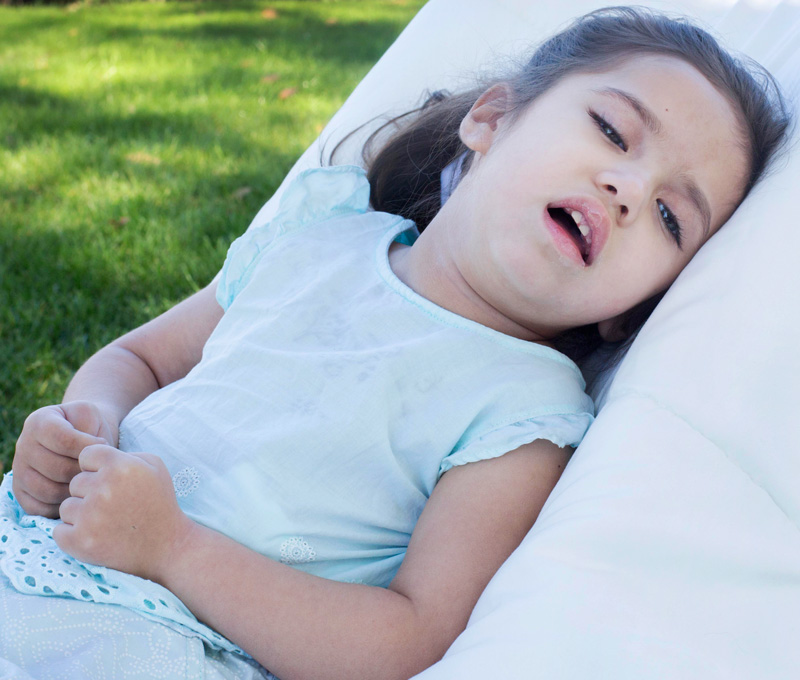 Now aged four, “Haydin can’t talk or walk at all, she has little movement in her arms, legs, and head, and is basically a newborn again. Over the last few months, her seizures have worsened. She remains on Keppra and Klonopin (clonazepam) twice daily, while medicinal marijuana has ceased to work. Haydin receives weekly chiropractic care, laser therapy to rejuvenate her cells, and recently we’ve added acupuncture.”

Mariah planned to return to work after maternity leave but this is not possible due to Haydin’s illness. In-Home Supportive Services pay Mariah as Haydin’s caregiver and Haydin receives Supplemental Security Income. These payments “keep us afloat financially.” CCS supplies Haydin’s wheelchair, bath chair, hand splints, leg braces, physical therapy, occupational therapy, suction machine and equipment, diapers, gastrostomy equipment, and her car seat, which is yet to arrive. “Without funds for a wheelchair-accessible van or vehicle modification, Haydin is carried everywhere away from home. I realize it will not be possible for me to carry Haydin, eventually, but I’ll do it as long as I can.”

“We don’t get out very much, either individually or together, as Haydin doesn’t cope well with strangers. She suffers from anxiety, which can cause her seizures, so we prefer one of us to stay with her or a close friend or family member that knows how to take care of her.” Haydin has a two-year-old sister, who also helps in the caregiving. “She turns on the suction machine, wipes Haydin’s mouth if she’s drooling, holds her bowl if Haydin’s throwing up, shows her toys, and sings her songs. She’s a blessing to us and Haydin. Because MLD weakens Haydin’s immune system and a simple cold could cause pneumonia, Haydin can’t be around a lot of people or public places. This affects her younger sister too because she needs to stay well to keep Haydin well.”

“We stopped vaccinating because of research proving they were bad and we’ve declined all vaccinations since, but Haydin does not qualify for a medical exemption. I have to sign a waiver, every time, stating I’m refusing the shots due to personal belief. Haydin only goes to her pediatrician once a year for height and weight checks and sees her neurologist every three to six months. I don’t take her to doctors unless she absolutely needs to be seen.”

Mariah says, “Despite genetic testing showing she has MLD, I can’t ignore the role vaccinations may have played. After investigating vaccines and the range of adverse effects they cause, I wonder how they’ve contributed to my daughter’s deterioration.”

You can help Haydin by donating to her GoFundMe at www.gofundme.com/haydin12.

Tell us what you think in the comment section below…