Larry Cook April 18, 2018 February 19, 2021Vaccine Injury
Thanks for subscribing! You can unsubscribe at any time.
Share with your friends...

Hillary Simpson, mom of three kids, has taken Facebook by storm with her viral video about the vaccine injury of her boy. In her masterful and heartfelt #crazymothers Spoken Word presentation, she gives us an intimate look into mothering, her son’s vaccine injury, what vaccine injury looks like, the vaccine injury recovery process, and most importantly, her challenge to vaccine injury denialists who tell her that she is a crazy mother.

I had the pleasure of getting a copy of her video presentation and prepping it for a square format presentation for upload to Stop Mandatory Vaccination and between my version and her version (both below), there is an aggregate total of almost 1 million views in under 10 days! I thought you might like to read through the transcript, and Hillary has given me permission to share it with you. Her poetic sense and ability to present her thoughts and feeling has created so much awareness of the topic that my Stop Mandatory Vaccination Facebook Group is now adding over 800 people PER DAY. Absolutely incredible!

Thank you Hillary for using your creativity and experience to bring more awareness to the vaccine injury topic and why all parents should look into the dangers of vaccinating before proceeding with another vaccination. Here is my version of the video, followed by the transcript, and then her version of the video, as well as the YouTube version.

Written and performed by
Hillary Simpson

As amotherof a vaccine-injured child, the hardest comment to hear from people is when they say, over and over…

“Don’t listen to them. They’re just a bunch of crazy mothers”

I am a mother.

I am the one who knows the rhythmof my child’s heartbeat.

I am the one who gave life to this baby, no easy feat.

I am that babies first food, first sustenance.

in every sense of the word.

Emotionally, physically, spiritually. Whether the first or the third…

I have what it needs to survive

And now that they’ve grown a little

I know when they need to eat or poopor get a big hug.

I know when they are hiding,

I know if they are lying,

I know who hit who first without even trying.

one bundled up, one without covers and one somewhere in between.

I know all of their dreams.

I know which one loves to brush their teeth and flosses

everyday so she won’t get a cavity.

so I’ll make three meals just to avoid a fight.

I know how to keep them safe,

how to read the emotion on their little face,

How one needs a nap while the other needs some space.

I know how to juggle their feelings and toys

and somehow keep it together with all that noise

I KNOW what happened to my little boy.

I know he had his shots one day at 6 months- the DTAP, Rotavirus and HIB

and then fell into a deep sleep as I lay him in his crib.

A sleep that INSTANTLY made me uneasy.

When he awoke he just screamed.He screamed for weeks and arched his BACK

but the nurses said it wasn’t because of the DTAP.

They said he just needed to poop because he hadn’t in a couple days.

And So I prayed.

And when he did finally go, it was green and slimy, so acidic it burned him.

My mind was turning…

I thought the rotavirus VAX

was supposed to prevent just THAT.

For months, it stayed that way,

his tummy just got worse with each passing day.

Every time I held him, I could feel the volcano that had replaced his stomach

but the Doctor just said it was because he liked hummus…

And then the ear infections began.

Over and over, singles and doubles but he received the HIB which was supposed to PREVENT this, still the infections continued until I RELENTED.

And he was put under.

To have tubes put in his tiny EARS.

My happy boy was no more. He was fussy and hurting… always in TEARS.

I had no place to turn.

I trudged on and realized I had SO MUCH to learn.

He’d developed food allergies. Another vaccine side effect. To gluten and dairy. To soy and to citrus.

To everything it seemed except for my kisses. Which I smothered him in to TRY and help him feel…better.

And then around 12 months my nightmares came true

as I watched the fog roll in. It tried to take my boy too.

I could see it in his FACE.

He would stand by the window and not respond to his name.

I knew then and there what was happening and began my crusade.

To bring my boy back.

To fix my mistake.

*So imagine what happens when a MOTHER

realizes that her child’s injury is because of HER.

And then you come back and you think.

What can I do? How can I fix this?

I buried my pain, it wasn’t important.

Our life had been changed, its time to move forward.

I reached out to doctors who scoffed and shook heads.

But then NEW doctors and parents who embraced us

Withdegrees, knowledge and motives we could trust.

Who KNEW what we’d been dealing with and what was our TRUTH.

We weren’t making this up and there are things you can Do..

to help your child recover from…

So we focused on that. What we knew.

The biggest thing was , as always the food.

We changed our whole diet and lifestyle too.

I wanted to heal him, not just get him through…

Probiotics and enzymesas he turned two.

He was getting better but still verbally delayed

and I will never forget that beautiful day

when I knew this regimen was working because he looked at me and sang…..

his ABC’s. Out of the blue.

He had never uttered a part of that song before,

my heart skipped a beat as my jaw hit the floor.

I felt hope that day and gratitude in so many ways.

For the amazing doctors and friends and authors who’d kept us sane.

The chiropractor,thediet,boosting his immune system,

eliminating the toxinsthat can constantly surround him.

It was all helping, pieces of the puzzle were coming together,

the fog that rolled in, lifted and we saw better weather.

*Start to walk to left*

that actually impairs your body’s methylation.

So kids who have this MTHFR

or another variant, there’s at least 50 so far,

have a hard time removing the toxics within the vaccines and there are plenty.

We can go down the list but there’s almost too many.

Now aluminum is dangerous or so says the FDA,

which is good since a single vaccine can contain

And what heavy metal have they started to say

that causes Alzheimers,I’ll give you a hint. It starts with an A.

Then there’s the formaldehyde, the egg protein and of course aborted fetal cells.

They do try to filter the dead baby stuff OUT

which is why it’s listed as an excipient, no DOUBT

but the study that found injected DNA

I won’t get into that here but let’s just say,

we have NO freaking clue if that’s even remotely safe.

There aren’t enough studies. Period. But Why?

We’re talking about our children,you’d think they’d at least TRY

to make sure that the adjuvants, excipients, preservatives and of course the virus, dead or alive, will not harm

as they stand there and inject it into his arm.

Where’s the 50 year longitudinal study of vax Versus unvaxxed?

Why hasn’t that happened?

If the science is settled, then where is the data?

or at least that’s what our Supreme Court states

and the amount of money thats been paid to keep families complacent.

Its an astounding amount of money each year,

And thats just the families that made it to court,

so many others don’t know they can report it

doctors says the reactions are normal

chalk it up to coincidence and never record it

They get lost in the shuffle, don’t know who to believe

and then begin the journey of trying to grieve

for their kid who regressed.

They start digging through the mess

and trying to find a lawyer with time and energy spent

whilst dealing with a sick kid or one thats now dead.

Thats why the CDCitself estimates

only1-10% of problems end up in their database.

Go look up the numbers, the website’s called VAERS

do the math and then tell me, reactions are rare.

Now there is another topic at hand and

This is the stuff that I really can’t stand.

People that call us crazy. They don’t stop there.

“Mothers don’t know how to read a study.

They should shut up, go worry about their hair”

Us Crazymothers are from all walks of life including medical professionals,

Speaking out against big Pharma

Comes at a high cost.

Still we soldier on because we hope that one day

this madness will end and our kids will be safe.

Safe from the now 50 injections the CDC mandates

I’ve scoured hundreds of studies at this point in time

and so far, none of them have given me peace of mind.

and injects them into a primate group of some kind

whilst having a placebo control group and /watching them for signs

of neurological, physical and developmental demise.

for the damage to appear and for people to realize

that the autoimmune disorders, allergies and diseases of the mind

all come back to this one thing we refer to as causal ties.

The best the CDC can do is hand me a list

of just some of the life changing reactions that can occur

and tell me, not to worry, don’t look any further.

with the millions of parents who are fighting to be heard

I’ve come across this so many times.

I can’t ignore it any more. I’m drawing the line.

When trying to provide some proof of our experience…

look what I just read,

“No, no little girl. You don’t know how to read.

Go back to where you came from and continue to breed.

Don’t question about your babies. Leave that to us…

we know the science. In gods name, YOU trust.”

All of our crazymother stories are different and yet the same

because every single one of them contain:

A feeling of DREAD

you just made your BED. Now you have to lie in it,

with your injured child who’s probably crying in it.

But I’m not gonna end this one on a bad note.

Because if NOTHING ELSE, take this from what I wrote.

Mothers are strong and capableandresilient.

We are strong enough to admit our mistakeand even stronger still to forgive ourselves… though that may take awhile.

We are capable of thorough researchin order to help our children get better…and so many of them do.

And we are resilient because WE MUST BE. Our children need us now more than ever as we have officially created the first generation that is sicker than the one before.

What do people do when they get sick. As a child, as a teen, as a young adult and even when they have kids themselves.

They go ask their mother.

And yet, they call us crazy mothers….llike it’s a bad thing. 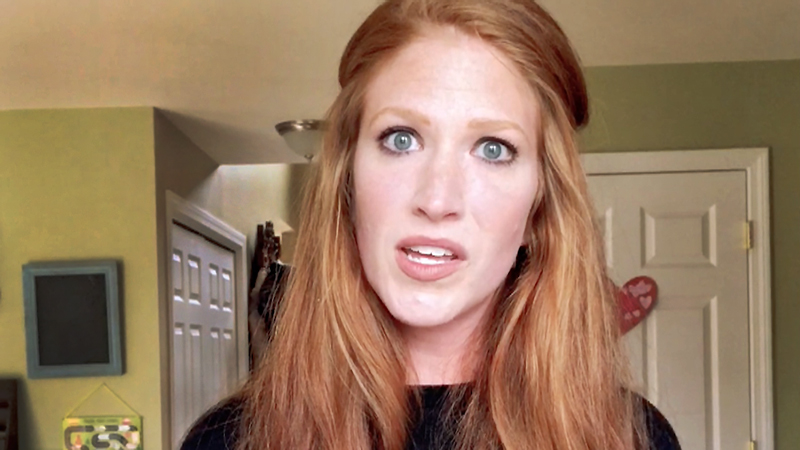