Larry Cook June 17, 2015 June 17, 2015Vaccine Injury
Thanks for subscribing! You can unsubscribe at any time.
Share with your friends...

Ru Andrade shares the story of her child who received 9 vaccines in one day at a 15 month wellness visit and says, “THAT WAS THE DAY WE LOST HER.” Her child was born healthy, but soon after the child was sick on a very regular basis, likely because of the vaccines. At 12 months of age her daughter received the MMR vaccine and that night her daughter screamed in pain and had pain in the head and so she took her child to the hospital. The doctor suspected it was the vaccine that caused the screaming and pain. Amazingly, her child developed the measles from the MMR vaccine. The child was chronically sick. Three months later the child had nine more vaccines and she developed severe sickness, which included fever, cough, trouble breathing, and even staring into space. She would then be diagnosed with Autism two months after the 9 vaccinations. Ru reviewed the doctor charts and realized that her child was always chronically sick after vaccination.

After she began doing research she discovered Jenny McCarthy’s book and also stopped all vaccination, including for her other child. Stopping all vaccination was the best decision she ever made. She got her child into biomedical treatment for Autism and she was able to recover her child after years of biomedical treatment. Ru opposes mandatory vaccination. She believes all parents should educate themselves before deciding to vaccinate.

I had my daughter ten years ago. She was born healthy. Very soon after, she started to become very sick, a very sick baby. Two to three times a month we were in the doctor’s office. She was prescribed antibiotic after antibiotic. We were made to believe that this was normal; that all babies are sick, or that sick. At her twelve-month well baby visit, she was vaccinated. That night, she started screaming. It was a different cry than before. We had been to emergency a lot before, but this was different. This was a pain scream.

We took her in. They did let us know that she was complaining about her head at that time. They wanted to run a lot of tests to make sure that everything was okay with the head. I believe they did an EKO and a CAT Scan. They came back and let us know that they’re trying to rule out swelling in the brain. The one thing the doctor did ask us was when was the last time she was vaccinated. We told him, “Actually, it was yesterday.” He actually asked us what vaccines she got, and at that time I couldn’t even tell him. I had no idea. Just took her to her well baby and did was I was supposed to, and that was it.

They ended up releasing us, and when they were releasing us, he came … It sounded like he was speaking Chinese. Everything he was telling me, names … We needed to follow up with the doctor was ultimately what I got out of it. I called to make the appointment the next day. We had an appointment for the following day. She woke up the next morning covered in a rash everywhere. We took her in and found out it was measles. She had had her MMR three days before that.

Still very sick, kind of continued on the same, but we did notice that the sickness was now not going away; it was constant. There was very few times she was not sick after that. I never questioned anything; I believed the doctor, everything the doctor said at that time. Three months later, she had her fifteen-month shots, where she had over nine inoculations that day. That was the day that we lost her. We took her in, fine. Took her home. It was severe sickness after that.

The symptoms of it, at that time, masked what was actually going on. As the symptoms were subsiding, after almost three and a half weeks of a fever, runny nose, cough, trouble breathing, we noticed she wasn’t talking. She started to get frustrated and seemed confused. There would be zombie-like moments where she would just stare out the window, and you could yell her name as loud as you can, and she wasn’t even going to respond.

I took her back in, and I said, “Okay. There’s something wrong.” I asked the doctor, “Could this be from the swelling in the brain from the vaccines?” What alarmed me the most was the reaction the doctor had. It was an immediate defense of vaccines. It didn’t make any sense to me when she did that. Before we left the doctor that day, I asked for my daughter’s medical records. We got them the next week, and my heart just broke reading these records. There was pattern. Vaccinate, vaccine, hospital visit, sickness, over again. Repeat, repeat, repeat. Here I was, this mom making people wash their hands to hold my baby. I’d have ten pacifiers in case one fell on the ground to keep her from germs. I was keeping her sick this entire time.

From there, it was a couple months later that she was diagnosed with autism from after that. I knew they can call it autism, but it was a clear indication of when it started, how it happened, but I had to keep quiet. It was a time before it was … There was nothing out about it, really. It was still this controversial “nobody talked about it.” I remember getting so frustrated that I had the truth right there and I had to keep it quiet. I couldn’t share her story. You’d say the word and this red in peoples’ eyes. They just wanted to let you have it the minute … without ever hearing the story.

At that time, I had a son who was two months old. Started to do my vaccine research. It was funny that I actually did the research, and now I was told I was misinformed, when I had never researched anything on vaccines before. I’d never picked up a book, anything. I had no idea. We stopped his vaccines. He got sick after his two-month, and that was at the same exact time as hers was. That was probably the best decision as a parent I’ve ever made was stopping his. After that, we went through a period; I call it the dark period, of having no idea what to do, where to go with my daughter. Then Jenny McCarthy’s book came out. It was like this shining light of, “I have a recipe now. I have something I can do. I’m not just sitting here hoping somebody’s going to come along and make her better. I can actually be a part of this.”

We started the biomedical, we started the supplements, the diet. Within a month, she was talking again. We piled on the therapy on top of that, behavior therapy, speech, OT; we did everything we could. It’s had ups and downs, and I’m happy to say in seven years, she’s never been sick one time. My son is eight; he’s been sick that one time, after his two-month shots. There’s no other evidence I need than my two children. I have right here, right there. As far as she’s come, yesterday she graduated from second grade. She got a real report card like the other kids did. Even though it has a happy ending, I still think that the story needs to be told, because I think it could prevent other people from having the same story. That’s why I really want to get her story out.

I oppose mandatory vaccination because before I was informed, and before I was educated about it, I was vaccinating my kids, and I was presumed then as the educated parent, having never heard, read, studied, asked any questions about it. Now I come in and actually do my research, actually look at both sides, and now I’m told you can’t make that decision now. We need to make it for you. I’m going, “Wait a minute. Now I actually know what’s going on, and you’re going to take away that from me? Why didn’t you come in to these parents before and say, ‘Hey, are you educated?'” There was nothing there. Now it’s, “Your education’s wrong.” That’s the part that really bothers me. These parents should have the choice. Just like my daughter got measles from her shot; I should have the choice how my daughter gets measles, if that’s the case.

If you’re a parent on the fence about vaccination, I would say, “Research.” I would say, “Pull your child’s medical records.” I would say, “Get to know the genetics behind your child. Know the cousins. What’s going on with the older cousins? Is there anything that would correlate, that could be?” Go that avenue, put that time in, and make sure that you’ve done everything you could before you decided. That’s what I wish I would have done. 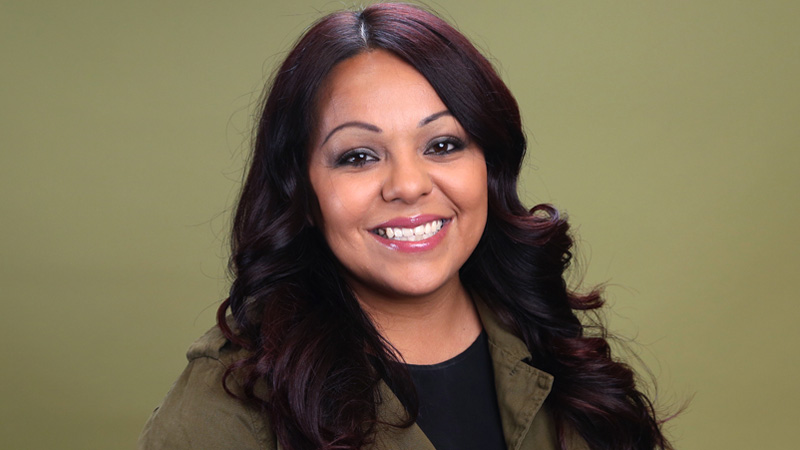