Larry Cook May 23, 2015 June 24, 2015Vaccine Injury
Thanks for subscribing! You can unsubscribe at any time.
Share with your friends...

“I did not question vaccination and I wish more than anything that I had spent time researching the ingredients…if I had, my son would not have been [vaccine] injured.”

Casey Ohlsson shares the story of her boy who was severely vaccine injured at his 9 month shots, where her boy received 9 vaccinations and within one hour started having seizures. The doctor said it was a “coincidence.” She searched for and found biomedical treatment therapy that ultimately helped to recover her boy after many years of treatment. Later, she gave birth to a daughter who was never vaccinated and her daughter is very healthy and rarely gets sick. Vaccination is not for everyone, and should never be mandated by the government.

I have a son, an eight year old son, who was severely vaccine injured at his 9 month shots. He was vaccinated normally, which was a a really aggressive schedule. We went to every well baby check up. At 9 months he got 9 doses of different vaccines. Within the hour he started seizing and I knew immediately what it was. The doctor tried to downplay it and say it was just a coincidence and after that we searched desperately for someone who could help us fix our boy.

Through the next 6 months he had to wear a helmet because he would hurt himself, he would bang his head against walls. He had a problem with diapering, he liked to play in his diaper. He was definitely not speaking, he wasn’t crawling, he wasn’t walking. He was a very sick little boy and it was very obvious. We were able to call a lot of doctors. We found a doctor in town who sent us to Thoughtful House in Texas, which at the time was under the supervision of Dr. Wakefield and we were able to heal his gut which had been completely perforated. He was on a strict elemental diet. Then we did chelation very low and slow. We did it through IV. As an infant it’s hard to watch but it was almost immediate, the testing after when they tested his urine, you could see the metals that we pulled out. It was mercury, it was lead, it was aluminum and timony. It was so many different metals so we knew we were on the right track.

After the first round of chelation on the drive home he’s saying part of Rudolf the Rednose Reindeer and up to that point he had never even spoken. We knew what we were doing was the right thing and over the years we did it low and slow and with diet and supplements to vitamins. We were able to really recover and get him back.

I have a 4 year old daughter who has never been vaccinated. We knew after Nicholas was getting better that we wanted to have another child but we wanted to do it properly so I cleaned up my act. I did chelation and I started eating very healthy and we were lucky, got pregnant right away and never had a vaccine during pregnancy or after she was born. And we’ve always made sure that she had the best nutrition. Really to us food is kind of her medicine. She’s in public school and when all the other little kids get sick it just kind of passes her by. Her immune system to us is the example of how healthy people can be when their immune system is not assaulted by toxins.

If you’re a parent watching this video, please do your due research on vaccinations. When I was a young mom pregnant with my son I researched the crib, I researched the car seat, we made sure we were in the best school district. I did not mess around with those things for my son but I did not question vaccination. I wish more than anything that I had spent time researching the ingredients, what protection they provide, if any. If I had, my son would not have been injured. You owe it to your kids to do this research.

I oppose mandatory vaccination because there are far too many unknowns. We don’t know individual children’s genetics, we don’t know what their immune systems can handle or not handle. There’s way too many questions and if there’s a risk there should ve a choice. 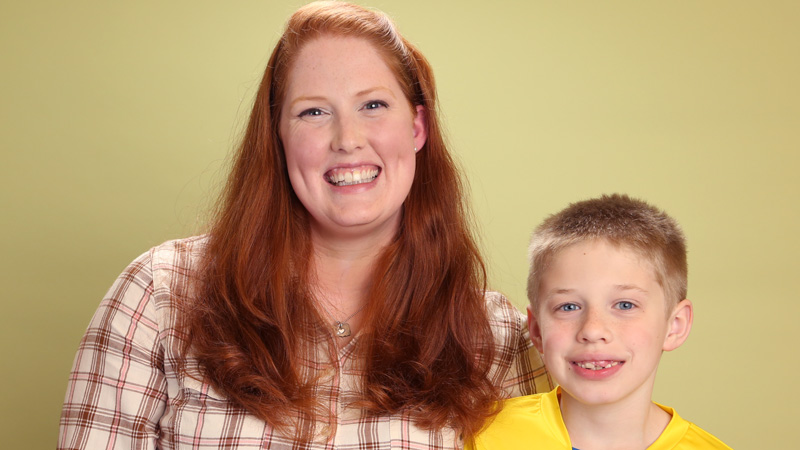