How To Treat & Stop Vaccine-Induced Seizures by Dr. Henele, ND

How To Treat & Stop Vaccine-Induced Seizures

Dr. Henele E’ale, ND of the Energetic Health Institute suffered from vaccine-induced seizures and learned how to stop them through a variety of natural medicine remedies. The mercury in the vaccines contributed to his seizure activity as did his mercury amalgam fillings. Dr. Henele recommends some nutritional supplements including lecithin and essential fatty acids, among others.

If you have a vaccine-injured child, I want to give you some hope. My name is Dr. H and I was a vaccine-injured child. When I was a kid, I was vaccinated on schedule in the mid 80’s, so I received upwards of about 20 different vaccinations, and I can tell you that I remember going home each day and having an extreme fever, being incredibly lethargic and I remember that the treat was to go to get some fast food on the way home ’cause my mom felt, of course, guilty, which I’m sure didn’t help at all. I, all of a sudden, developed seizures due to the vaccinations. At the time, no one knew why I was having seizures so I went through the gamut of EKGs and EEGs and doctor’s visits and phenobarbital and all kind of experimental medications that would ultimately result in rashes and do nothing with the seizures. They would kinda come and go.

What we would find out and what I would learn later as I went through naturopathy medical school is that a lot of the seizures were induced by the presence of mercury. And what would happen is I would have periodic seizures as a child, and into my teenage years because mercury that was trapped on my nervous system bound up into the fatty tissue, the myelin sheaths of the nervous tissue would ultimately release a little bit and that would cause a neurologic storm for me. Of course that was exacerbated, and something parents you need to keep in mind, it was exacerbated by some dental work because I had some amalgam mercury dental fillings in as well, so as those would leach some mercury in the blood, I could also have those same kind of seizures.

So I think for parents, the first thing you need to do is make sure if you are, if you do have a vaccine-injured child, to make sure that there is no mercury, no dental amalgam fillings in the mouth and to get those swapped out. That’s gonna be a big big deal for you.

Now, I want to talk with you a little bit about my process and what I did to overcome the seizures because the nervous system can heal, but because it’s poorly vascularized, it takes a lot longer to heal. You injure, you know, you twist your ankle, it might take you a couple weeks before it’s feeling, you know, kinda like almost as good as new. With the nervous system, that can be years and literally years and years of you needing to do the right thing, so here are some things that I did nutritionally that were very impactful especially when I was in medical school, going through a chelation process.

I, number one, made sure I treated all of my mitochondria with a good multivitamin, so now my body had the energy to detoxify. The next thing I did was I made sure that I had all the neurotransmitter precursors, so something you’re gonna want to do some research on is a supplement called lecithin and you’re gonna want to make sure that it’s a a non-GMO, organic-sourced lecithin and it’s a little bit hard to find but you can find it out there. Lecithin is gonna be a precursor for some very important neurotransmitters in the nervous system, inositol, ethyl alamine, and also acetylcholine, which is the body’s most predominant neurotransmitter. So when you give the body the nutrients that kind of, you know, make up these neurotransmitters, it can create some stability in the nervous system and allow the body, the nervous system especially to heal, so that you can get out of these recurrent seizures, and you’ll notice this because the seizures’ frequency will start being further and further apart and also the duration and intensity will go down and that’s what, thankfully, happened for me.

It got so bad and I think some of you can relate, it got so bad where I remember waking up one morning on my bed, I just, the last thing I remembered before that was getting out of the shower and apparently I had a seizure and I fell down and I busted my whole face open on the sink and you know, you know how that can be, just a messy situation. And of course, that freaked my parents out and everything, and I wish we had the knowledge of nutrition at that time, ’cause it would have saved me a lot but we didn’t, you know, so it, the fortunate thing is I got to go explore my own journey as I got older and the seizures continued.

Now in addition to lecithin, which you’re gonna want to do, is consider a very nice broad spectrum, preferably vegan protein powder and what that’s gonna do is it’s going to create the other precursors for the neurotransmitter’s stability in the nervous system. And when you get stability, now you start to see that the seizure frequency and intensity lessens a great deal, and that’s where you, as those periods get longer and further apart, from seizure to seizure, you know the nervous system is healing.

Now one other thing that I want you to mindful of is the importance of essential fatty acids. The nervous system is highly dependent on healthy fats, omega-3 fatty acids, omega-9 fatty acids and especially things like sourced from flaxseed, or from microalgae, or from olive oil and various oils, you know what I’m getting at. What I’m saying to you is make sure for your kids that you have good neurotransmitter precursors, that you have good essential fatty acids and you’re giving their body the energy that it needs to heal because ultimately what their body’s gonna be doing is getting rid of some of the mercury and other toxins that have lodged themselves into their nervous tissue, and that process isn’t always good, alright.

Let me tell you, when I was going through a chelation process, which is using a, an agent DMPS and Calcium EDTA to remove mercury and other heavy metals from my nervous system. I actually liberated a little bit too much at one point and had another seizure and I remember waking up and having whole bunch of firemen looking over me while my wife was freaking out in the background.

So it’s not necessarily easy, I’m not suggesting it’s easy but what I’m suggesting is there is hope and it is doable, and what you need to do is you need to make sure you’ve aligned yourself with a great practitioner, someone who has the knowledge and the experience of working with this process of a vaccine-injured child, so for that, what I would totally recommend and invite you to do is make sure you contact Larry. He’s got a great network of people and he will do everything he can to get you plugged in to that network, so that you can take advantage of it and they can do a great job of helping your child. 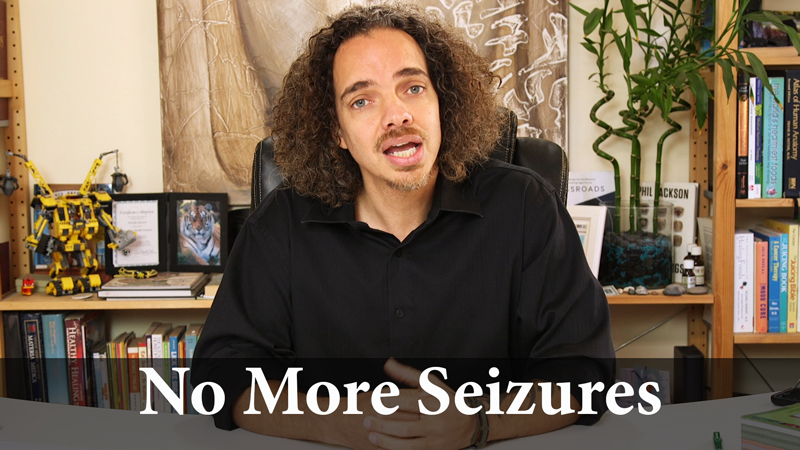