Dr. Andrew Wakefield: “Children Who Are Unvaccinated Are Extremely Healthy”

“Children Who Are Unvaccinated Are Extremely Healthy”

Vaxxed: From Cover-Up to Catastrophe
http://amzn.to/2i4duuy

Okay, vaxxed, unvaxxed, well clearly, the definitive safety study, the one that should have been done from the very beginning which has not been done and which the CDC have steadfastly refused to do is a comparison of long-term health outcomes in fully vaccinated children versus unvaccinated children. And that has never been done either from the beginning or on a continuing basis to determine what are the benefits of the vaccines.

It hadn’t been done until quite recently. It has been done now by Tony Mawson of Mississippi and what Dr. Mawson did was to compare health outcomes in homeschooled children where there are, there’s a high proportion of those who have not been vaccinated at all and so, it gave the statistical power to make a valid comparison between health outcomes in the vaccinated and unvaccinated populations.

And this we had two fascinating studies came out of this, both of which have been published. It is notorious in as much that this paper, perhaps like any other paper, unlike any other paper in the history of the world, went through four rounds, at least four rounds of rigorous peer review, knowing what the subject was about, knowing how controversial this one, and acceptance for publication. So, not only had it been through peer review and alteration and modification, but had been accepted for publication and was then, for some reason, ill-defined, declined, all withdrawn from the journal. It was ultimately published and remains published to this day.

So, what Dr. Mawson showed, firstly, is that as you would expect in the unvaccinated population then diseases like pertussis and chicken pox was significantly more common than those who had not been vaccinated, and that provides some validation for the subsequent finding that otherwise, across the board, in a range of neurological and immunological conditions, including autism, ADD, ADHD, allergic rhinitis, and other things, that the outcome, the rate of these problems in the vaccinated was very much higher than it was in the unvaccinated. They were sicker across the board and these all reached a high level of statistical significance.

Now, that was compelling and certainly reason to do a bigger, broader study in a larger population. The CDC have not done that and shown no intention of doing that. The second thing that it showed, which to me, it was even more interesting, is that when Dr. Mawson looked at various birth characteristics to see if there were other factors that partly explained this, confounding factors, things like birth weight, gestational age, maternal parity, all of these things, he found that children who were premature, they were born before 37 weeks, were not at greater risk of these diseases on their own, but when combined with vaccination, they were at hugely increased risk of neurological diseases like autism, hugely increased risk.

The importance of this is, is not only is it biologically plausible, but those who are premature and therefore younger, when they are given the vaccine on time, are at greatest risk. But it sort of reiterates in many ways the findings of someone like William Thompson. The findings that were hidden in their study out of the CDC published in 2004, which looked at age of exposure to MMR and showed that those who got the vaccine younger were the ones at greatest risk. The ones who got the vaccine at 12 to 18 months on the CDC’s recommended schedule were at much higher risk of Autism than those who got the MMR vaccine after 36 months.

So this notion, that age of exposure to a vaccine, the younger you are when you get it, the greater the risk of an adverse outcome is not only intuitive but it’s born out by these kinds of studies, and I find that a very compelling observation. All of the clues to this come from clinical observations, talking to parents in the clinic or at meetings or indeed on the road with the Vaxxers is that, parents who have unvaccinated children, those children are remarkably healthy.

The CDC would maintain the American Academy of Pediatrics would wish for these children to be cesspools of festering infection that act as a source of contamination and contagion for the rest of the community. That is not the case at all. They are not only remarkably healthy, but very, very clever. Very smart and when they are exposed to infections, they recover very quickly.

And that is something that you hear time and time and time again and you rarely see complications like Autism or other neurodevelopmental disorders in children who have not been vaccinated. You really don’t. Now, this is anecdotal but it is most certainly enough to stimulate people to go forward and test the hypothesis in a population study which of course the CDC has not done.

One of the interesting observations is those families who, for example, have vaccinated and their first child, or their second child developed a complication from the vaccine, say Autism, and there was no subsequent vaccines given to either that child or to subsequent siblings. And what you see again is a very, very clear distinction that you have illness in the vaccinated child and even though there is a huge genetic overlap, an environmental overlap, in the way these children are raised in parallel with their siblings, the subsequent children who are unvaccinated are remarkably healthy.

Again, we see this everywhere we go. And the other thing you see which reinforces the other end of the spectrum is children who had not one but two doses of MMR and developed problems after the first one. And we’ve actually published a paper on this, looking at this re-challenged phenomena. So, a child gets the MMR, develops problems, the parent either doesn’t put it down immediately to the vaccine or the doctor says it was coincidence, go ahead and get your subsequent children vaccinated and tragically they do or get your child boosted, get your child to have their second vaccine despite problems following the first and what we see in those who’ve received not one, but two doses and developed problems is catastrophic regression following the second dose.

This re-challenged phenomenon is taken in court to be the most powerful evidence of causation and so, we’ve seen every combination but it is those re-challenged cases that are particularly compelling in terms of saying that this is not coincidence. If I give you a drug, you’ve developed a rash, that’s coincidence, maybe. I give you the same drug, five years later, you develop exactly the same rash, that is causation until proven otherwise and that is what we see with children exposed to these vaccines.

But the message is really very clear so far in terms of looking at the unvaccinated that until proven otherwise, children who are unvaccinated are, in my experience, extremely healthy. 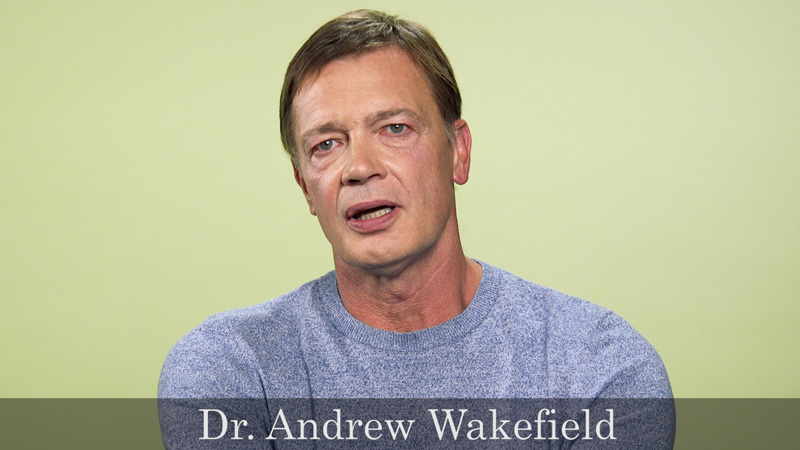