Are Unvaccinated Children A THREAT To Society?!

Are Unvaccinated Children A THREAT To Society?!

Michelle Maher Ford of the Vaccine-Injury Awareness League tackles the most pressing question of our time: are unvaccinated children such a threat to society that they must be force vaccinated?

Unvaccinated children are absolutely not a threat to society. In fact, it’s the total and complete opposite.

I know that the media and people in the medical industry, in general, will say, “Oh, my gosh, “these kids are out spreading diseases, “and everyone’s gonna get sick.” But that’s just not the truth. I know it’s anecdotal, but I personally know a number of children that have never been vaccinated.

And I, because of my passion in this area, I also know a lot of families who have children that are not vaccinated, and I’m telling you, these kids are so healthy that when they get sick or something comes up for them, a couple of days, they might have a little fever, a runny nose for a minute, and then it goes away.

So it’s really interesting because when I compare that to my daughter, who suffered for years, I mean, literally, even though she was on a delayed schedule, she still suffered, and so she ended up becoming resistant to antibiotics ’cause she had so many ear infections over the course of her first two years.

And to see what healthy unvaccinated children look like, it would blow your mind. ‘Cause I think we’re also taught that, oh, like, kids are always sick. Like, they’re just always sick, you know?

And it is kind of that way, but those kids are vaccinated. It’s the unvaccinated ones that really aren’t sick. So it’s a myth, in other words. It’s a myth to think that unvaccinated children are spreading diseases ’cause they’re just not.

That’s what I call a pharma-fail. 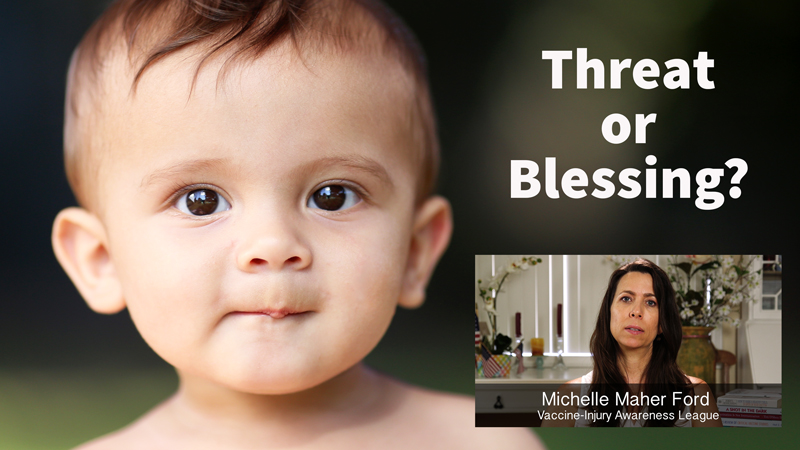