Larry Cook October 14, 2017 December 30, 2019Vaccine Injury
Thanks for subscribing! You can unsubscribe at any time.
Share with your friends...

Sacrificial Virgins is a documentary series in three parts written and narrated by Joan Shenton and directed by Andi Reiss. It is a co-production between Meditel Productions and Yellow Entertainment. Below is the 3-part series.

The HPV vaccine – one of the world’s most popular vaccines – is also the world’s greatest source of serious adverse reactions, on a different scale to any other mass-administered vaccine, according to a new film now playing on YouTube. “It is a medical scandal,” asserts the film’s writer and narrator, Joan Shenton. “The Human Papilloma Virus vaccine – or HPV vaccine – is in a class of its own when it comes to causing pain and suffering, and in Sacrificial Virgins we are asking why.

“The vaccine is supposed to prevent cervical cancer in later life. In part one of our series, we lifted the veil on that claim. Now, in part two, we look at what adverse reactions really mean and uncover an appalling potential cause for them: replacing long established vaccine additives with new additives or new combinations of additives that have not undergone long-term safety trials.”

The leading HPV vaccines, Gardasil and Cervarix, are widely administered, often freely in schools or through national immunisation programmes. In the UK, the uptake in adolescent girls is well over 85%(1); in the US, it’s 60% of adolescent girls and boys(2). Japanese rates were comparable with the UK’s until the government suspended the programme in 2013 because of the number of adverse reactions(3). 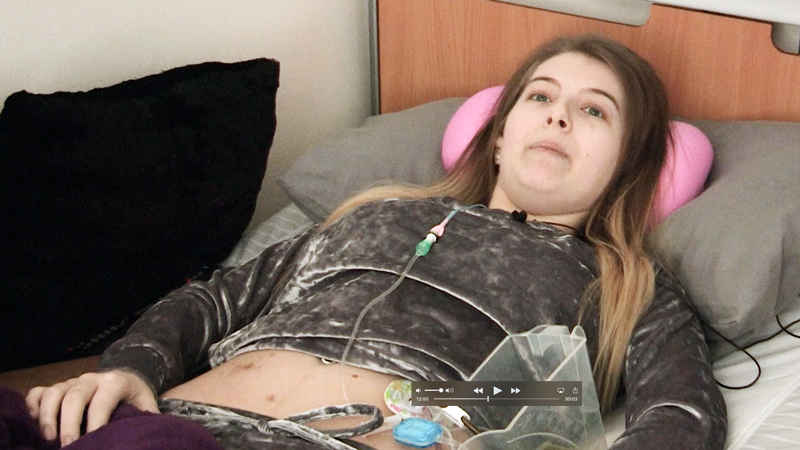 Chloe Leanne Brookes became ill after her second injection, has suffered a form of paralysis and is now unable to eat and wholly dependent on intravenous fluids, medications and her mother’s care.

There has been no such suspension in the UK, US or most countries. Yet UK government records, revealed in the film, show that in the years 2008-2014 reports of adverse events attributed to the HPV vaccine far exceeded reports for any other vaccine, including those on the most common mass vaccination programmes: by April 2017, such reports had reached nearly 9,000, including more than 3,000 “serious” reports(4). No other vaccine comes close.

Christopher Exley, professor of bioinorganic chemistry at the UK’s University of Keele, points to the manufacturers’ choice of new aluminium additives as the probable cause. For 90 years, aluminium “adjuvants” have been added to vaccines, to enhance the body’s immune response, but the formulations in both the leading HPV vaccines are not the traditional ones.

In the film, Professor Exley censures Cervarix for trialling its vaccine without including its new adjuvant mixture – “All of the safety trials for Cervarix did not use the mixture” – and Gardasil for using “a completely new aluminium adjuvant – one which has essentially not been used before.” Exley also criticizes the manufacturers of both vaccines for adding aluminium to the placebo group in their safety trials: “This is clearly crazy. This is clearly something which has been designed … so the whole vaccine looks safe.” 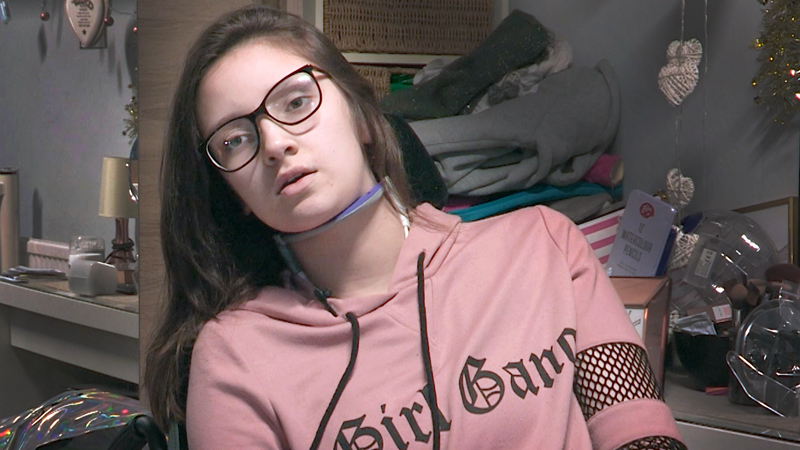 Dr Christian Fiala, Viennese specialist in obstetrics and gynaecology, also censures the use of aluminium in the vaccine placebo groups: “This is what basically would be called cheating. In scientific terms, it is called bias.”

In part one of the series, titled Not for the Greater Good, Peter Duesberg, professor of molecular biology at Berkeley, California, explains scientific studies that found cervical cancers are not actually caused by the HPV virus. Fragments of HPV may be present in the cancers but, he says, “these are fossils of the HPV.” Is there a causal relationship between HPV and cervical cancer? “Absolutely not … it’s dead … it’s a fragment of virus, it cannot make RNA, cannot make proteins, it cannot be found in the tumour or tumour cells. Nowhere.”

In part two of the series, Pain and Suffering shows how adverse effects can be fundamentally life changing, including severe neurological conditions. The film introduces two young women who suffered exactly such conditions shortly after receiving HPV vaccine treatments. Ruby Shalom, now 16, became almost entirely paralysed as a young teen after receiving her first HPV vaccine injection and Chloe Leanne Brooks became ill after her second injection at the age of 12: she too has suffered a form of paralysis and her condition has deteriorated to the point where, unable to eat, she is now wholly dependent on intravenous fluids, medications and her mother’s care. [Chloe is featured on this website where we tell her story and where she gives us an update.]

In part three of the series, A penny for your pain, eminent Japanese neurologist Dr Hirokuni Beppu says: “At present about 120 persons are making law suits against pharmaceutical companies. It is now going on in eight cities in Japan and other additional people are also thinking to start.” This follows a 2013 decision by the government of Japan that “cervical cancer vaccinations should no longer be recommended for girls aged 12 to 16” because of the level of serious adverse reactions recorded in Japan. The film also reports how, earlier this year, a Spanish high court established a causal link between the HPV vaccine and the 2012 death of a young girl after her second dose of the vaccine, and how a class action is now being prepared in Colombia on behalf of 400 HPV vaccine patients.

Joan Shenton (joanshenton@clara.co.uk) concludes: “There is no smoke without fire. These young women are suffering, like so many others. Society, as well as manufacturers and governments, have to ask if it is right to allow a vaccine which has not even been shown to be effective against cancer to continue to damage girls and young women.”

(4) UK Secretary of State for Health

A 30 minute version of Sacrificial Virgins will be presented to international film festivals, starting later in the year.