Larry Cook March 23, 2018 March 23, 2018Vaccine Injury
Thanks for subscribing! You can unsubscribe at any time.
Share with your friends... 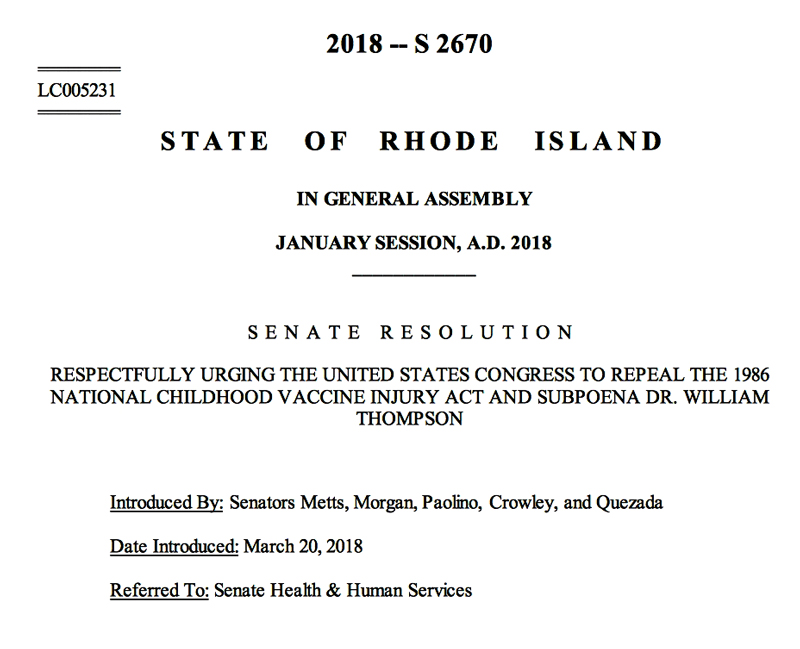 WHEREAS, The National Childhood Vaccine Injury Act (NCVIA) was signed into law on Nov 14, 1986, in order to reduce the potential financial liability of vaccine makers due to vaccine injury claims. The law gave vaccine manufacturers complete immunity from being sued when their vaccines cause serious harm or even death; and

WHEREAS, In addition, the NCVIA limits patients’ and parents’ ability to refuse vaccinations; and

WHEREAS, Since the childhood vaccine schedule was expanded in the 1980s, the rates of autism have skyrocketed along with the increases in the number of vaccines given to children; and 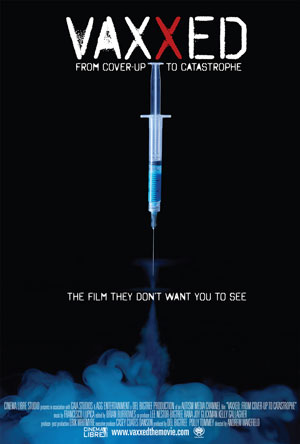 VAXXED: From Cover-Up To Catastrophe is essential viewing for every parent concerned about vaccine safety.

WHEREAS, In 2014, Dr. William Thompson came forward with a confession of scientific fraud at the Centers for Disease Control in regards to a study done in 2004, regarding the relationship between developing autism and the measles, mumps and rubella (MMR) vaccine; and

WHEREAS, In August 2014, under Federal whistleblower protection, Dr. Thompson, a Senior Scientist with the Centers for Disease Control and Prevention, came forward with a confession stating that despite CDC’s claims to the contrary, the study done in 2004 showed a causative relationship between childhood vaccines and autism; and

WHEREAS Dr. Thompson released a statement through his attorney that he and his colleagues at the CDC had committed research fraud by destroying data showing a link between the measles, mumps, and rubella (MMR) vaccine and the development of autism in young children; and

WHEREAS, In 2016, the Director of the CDC, Thomas Frieden, sent a letter blocking Dr. William Thompson from testifying in a Tennessee court case involving a 16 year old boy who claims his autism was caused by the vaccine. The Director later stated that “Dr. William Thompson’s deposition testimony would not substantially promote the objectives of CDC or HHS”; and

[Vaxxed: From Cover-Up To Catastrophe is a documentary about William Thompson’s story and the CDC coverup that the MMR vaccine causes Autism.]

WHEREAS, To date, the House Oversight Committee of the United States House of Representatives has failed to hold a hearing and a thorough investigation of Dr. Thompson’s allegations; now, therefore be it

RESOLVED, That this Senate of the State of Rhode Island and Providence Plantations hereby urges the Oversight Committee of the United States House of Representatives to subpoena Dr. William Thompson to testify and provide details of the scientific fraud and cover-up at the CDC; and

RESOLVED, That this Senate hereby respectfully requests the Congress to conduct a study utilizing unbiased and objective scientists inside or outside the CDC to analyze data collected by the CDC or other public organizations for the purpose of understanding whether vaccines are associated with an increased risk of autism; and be it further

1. To require patients and parents be given information regarding the risks and supposed benefits of vaccinations;

2. To allow single measles, mumps, and rubella vaccines to be made available; and

3. To require that all vaccines be classified as pharmaceutical drugs and tested accordingly; and be it further

RESOLVED, That the Secretary of State be and hereby is authorized an directed to transmit duly certified copies of this resolution to the Chair of the Oversight Committee of the United States House of Representatives, Trey Gowdy, House Speaker Paul Ryan, the Majority Leader of the Senate Mitch McConnell, and members of the Rhode Island Congressional Delegation.

>>>>> Click Here To See The Official Rhode Island Document and Click Here to read about The National Childhood Vaccine Injury Act of 1986. 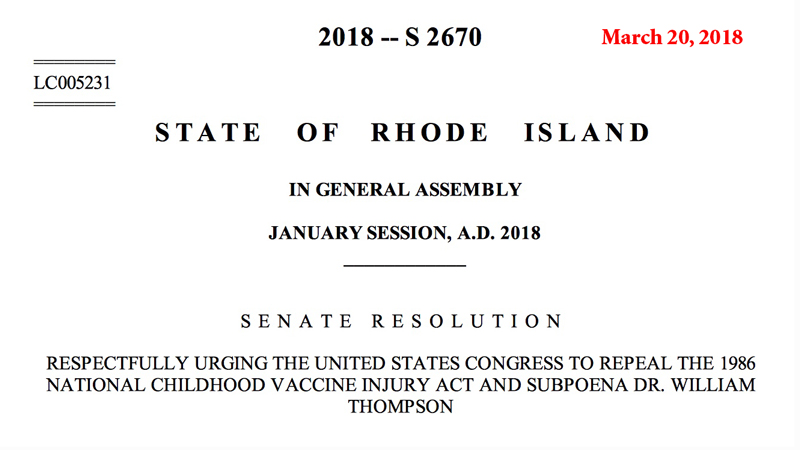