Why Did President Trump Say To Take The COVID Vaccine? 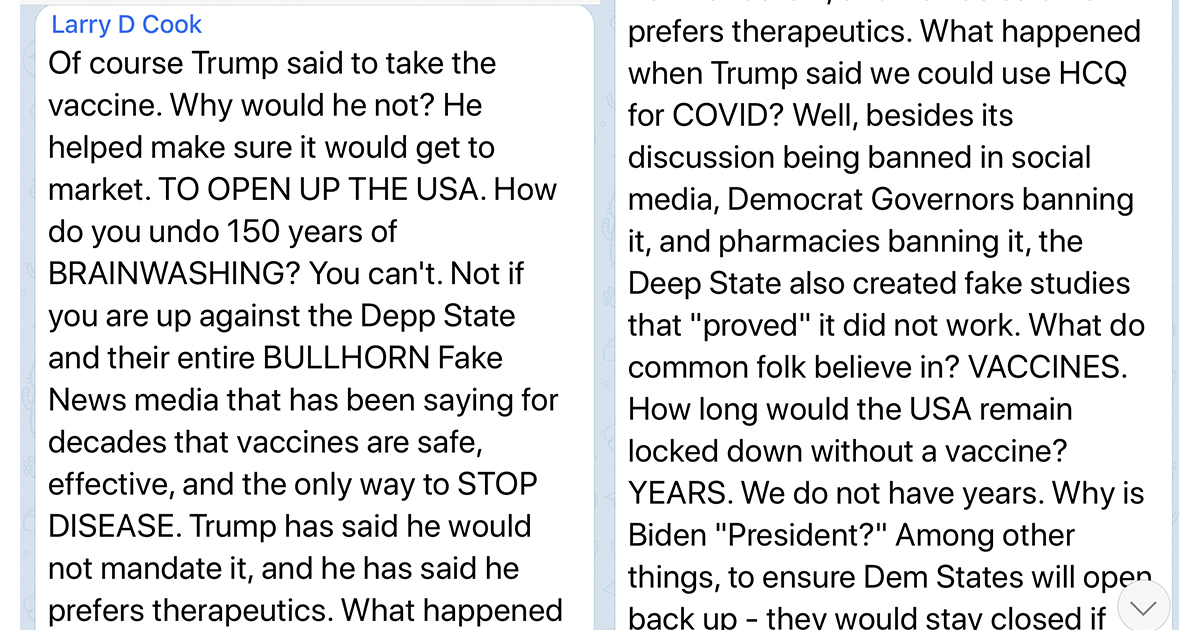 Why Did President Trump Say To Take The COVID Vaccine?

I see a lot of medical freedom activists complaining and being upset that President Trump said to take the COVID vaccine.

I posted about this on my Telegram Channel a couple days ago and it sparked quite a conversation.

For over a year now I have been sharing what I know about Q (Qanon), President Trump and the PLAN to save America from CERTAIN DESTRUCTION because Trump was elected in 2016 to be President.

To recap for you: The planet has been and still is ruled by a very small group of people who control the money supply, engage in Satanic Ritual Murder/Torture, and who have no problem killing tens of thousands or hundreds of millions of people to keep their control of the populations around the world. I’ve known about this for over 25 years, and collectively, we now call them the Deep State, or Cabal.

It’s also why I am an anti-vaccine activist: the Cabal creates the deadly vaccines and vaccine mandates to ensure society is degraded so they can control the minds of the masses.

So, the Plandemic: Remember when President Trump discussed Hydroxychloquine as a cure for COVID? Remember what happened?

But why though? Simple: because curing COVID destroys the Plandemic narrative that we all must be masked up, locked down, tracked like lab rats and force vaccinated. So, any and all cures are attacked, “disproven” and censored by the Deep State.

Vaccines. What do we know about vaccines? Well, for starters, there is 150 years of brainwashing to contend with and that creates two problems: 1) Most people believe that the ONLY way to deal with a disease is with a “safe and effective” vaccine, and 2) That ALSO means the ONLY way we will get America OPENED BACK UP AGAIN is through having a vaccine for THOSE WHO WANT IT.

This is why President Trump pushed the development of a vaccine. To keep America from being locked down for five or more years, which is EXACTLY what the Deep State would have done. Ask yourself, does lockdown cause death and destruction of society (as intended, I might add)?

The other past Presidents have already publicly stated for everyone to take the COVID vaccine. What would happen if Trump comes back into power (which I believe will occur) and PEOPLE DIED FROM COVID who were not vaccinated and Trump did not say to get the vaccine?

HE WOULD HAVE BEEN BLAMED FOR THEIR DEATHS.

Wonder how the Deep State blame game works? Well, some dude shot and killed a number of Asians in Atlanta (which was likely a false flag) and guess who got blamed for that? You guessed it: President Trump was blamed!

Look, I am as anti-vaccine as they come, but I also know full well EXACTLY what President Trump is doing and I fully approve. We are at WAR. This is not about saving a few thousand people from vaccine induced death. This is about saving MILLIONS of AMERICANS from certain death if the Deep State is able to continue their plans for the nuclear destruction of the USA. Every move Trump makes is critical.

Besides, everyone has free will. There are hundreds of fake news media hit pieces on me alone (like this one). Imagine the collective when you add in Del Bigtree, RFK Jr, and so, so many more! EVERYONE IN AMERICA has heard of anti-vaxxers and they are all free to choose to listen to what we have to say, or not. We have saturated America over the last six years. We are everywhere. No one has an excuse any more. Not one excuse. They are operating on their own free will if they take that vaccine when they know there are people out there warning about vaccines and they decide not to listen.

X22 Report & RedPill78 gave great overviews of this exact topic and we all agree that Trump HAD to promote the vaccine.

As I have been saying for over a year now, this is about WAY MORE than vaccine mandates. This is about saving AMERICA from literal destruction. And if America goes down, the entire planet goes down. Understand what is at stake here. 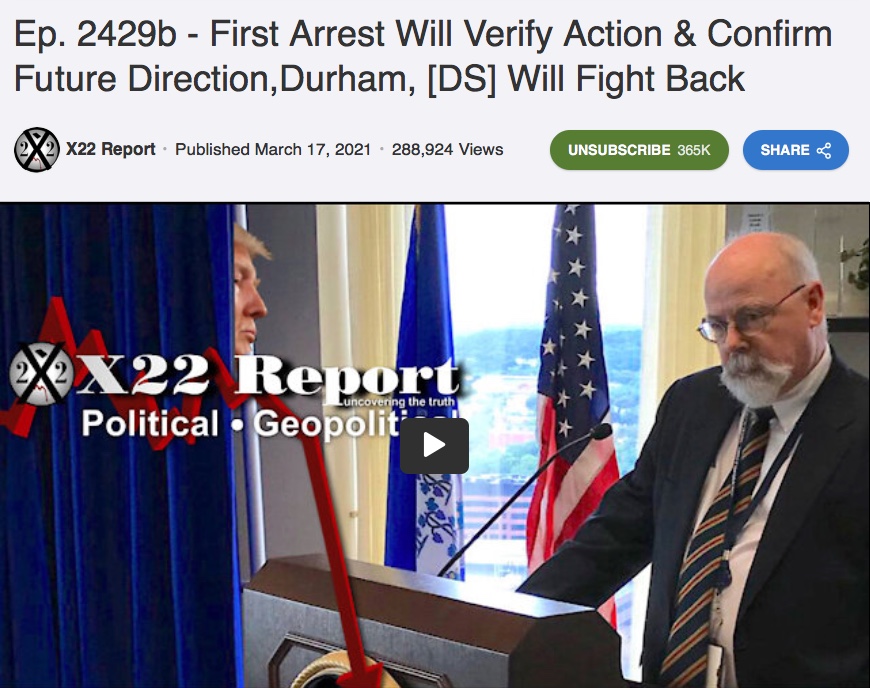